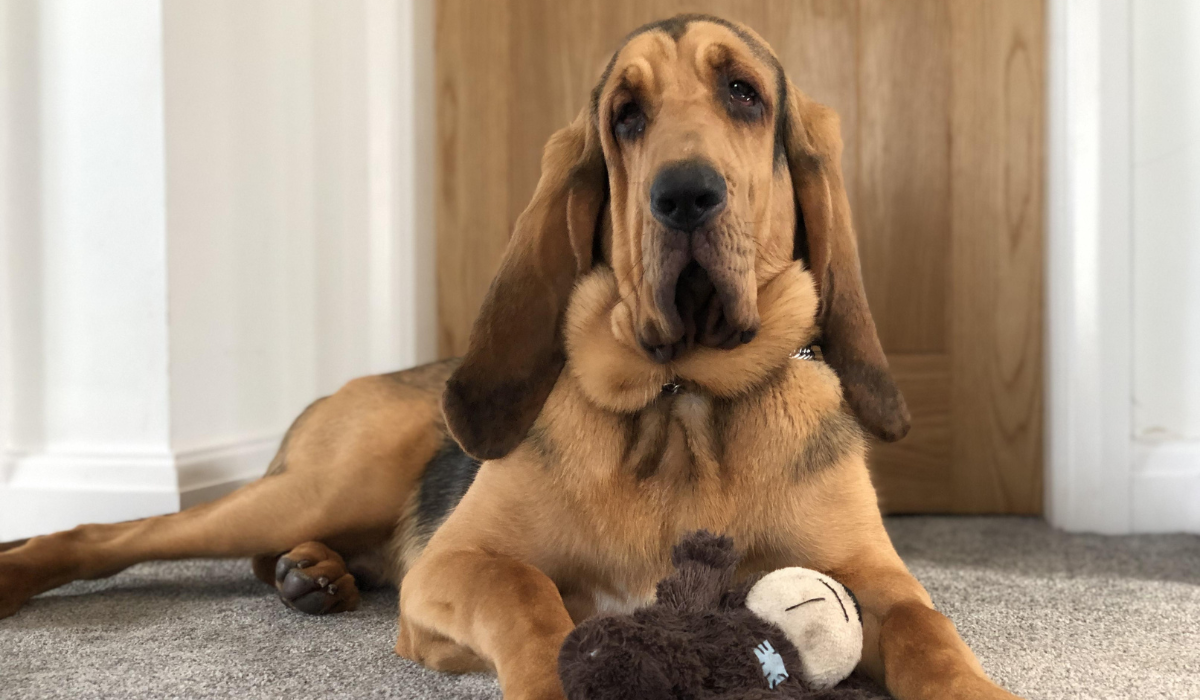 The bloodhound is a very large hound breed, but they are gentle giants! They are a scenthound, meaning the second they catch a smell their nose will be glued to the ground and they will find what smells so inviting.

We’ve gathered some useful and interesting facts on this breed, with some extra help from our BorrowMyDoggy community. 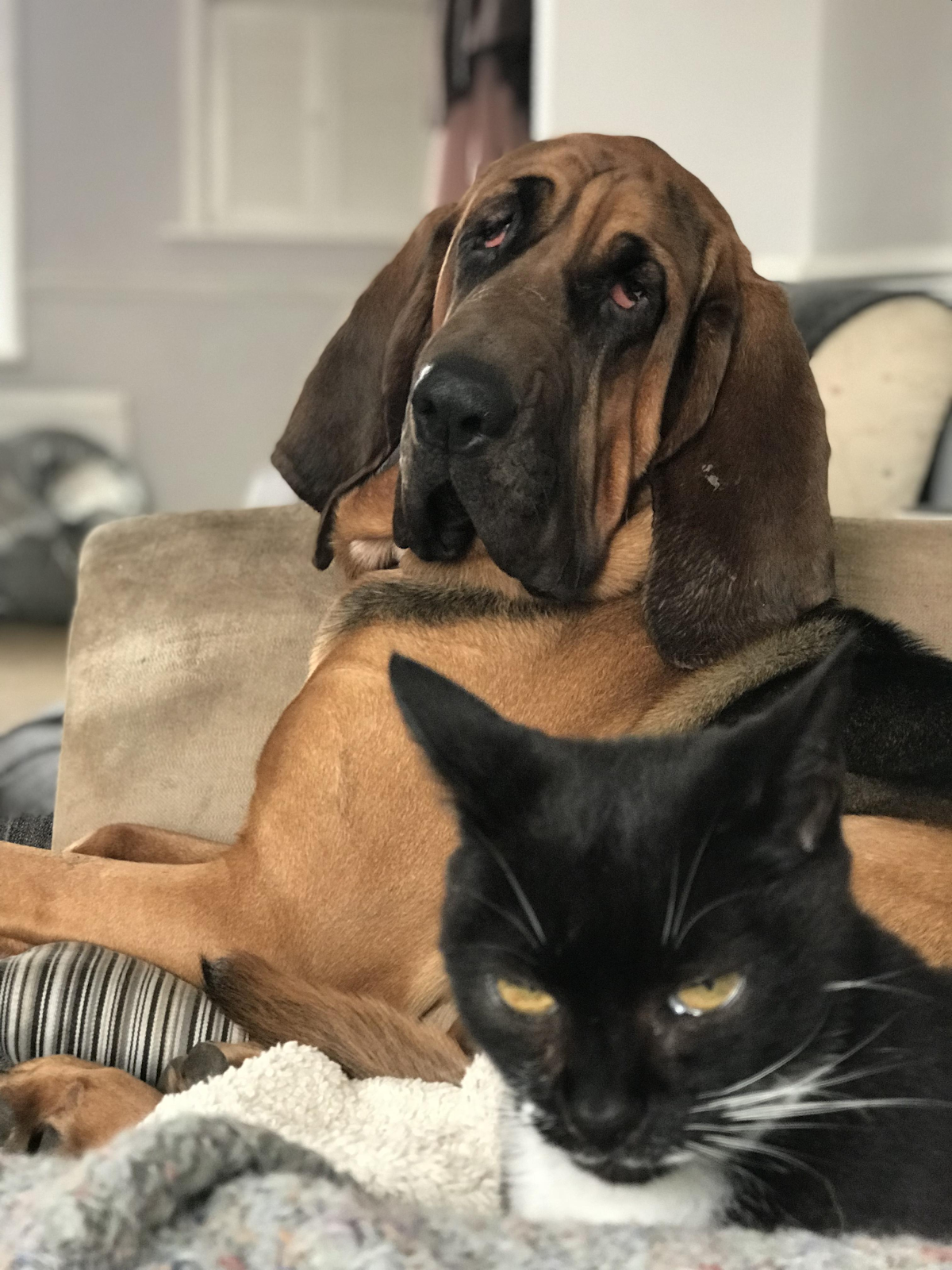 What is a Bloodhound?

Bloodhounds were first bred in France by the monks of Abbey Street Hubert in the 12th century. They are a very large breed and their well known skill of tracking their quarry by scent. They have also been used by search and rescue teams because of their tracking skills.

Fun fact about Bloodhounds, they are a Disney favourite featuring in lots of their films. Copper, in the Fox and the Hound, is a half Bloodhound crossbreed. The other Bloodhounds in Disney films are, Trusty in Lady and The Tramp, Towser in 101 Dalmations, Pluto in Mickey Mouse, Napoleon and Lafayette in Aristocats and many more!

Some feedback on Bloodhounds from owners in the BorrowMyDoggy community...

they just love long walks if it's active you want, these are the dogs for you.

"They also love nothing better than to curl up on the sofa next to you and just chill afterwards. They love to be fussed and loved and sometimes they do think they think they are lap dogs. They do drool so best not to wear smart clothes near them. These are very big dogs and love to be outdoors They love to be in human company and will love playing.”

Lily is a very loving, big, clumsy and slobbery beautiful girl. She has the typical sad eyes of a bloodhound but absolutely loves people and is so happy to give you her paw or have her tummy rubbed. 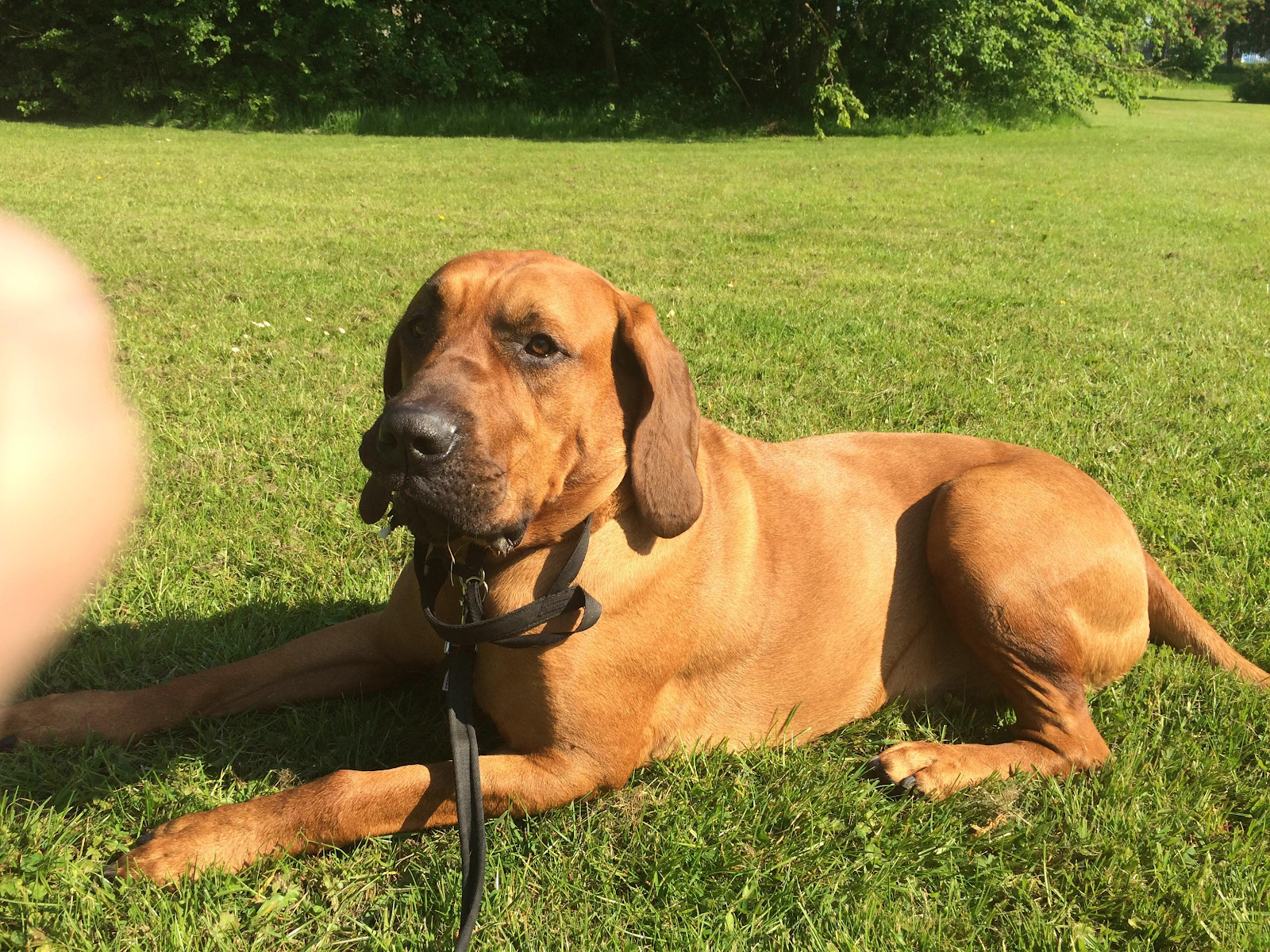 Sherlock, the Bloodhound - a BorrowMyDoggy member!

How much exercise does a Bloodhound need?

Bloodhounds require a lot of daily exercise, and a minimum of 2 hours a day is encouraged to keep them fit and content. They still require lots of mental stimulation in between their daily walks to avoid them becoming bored and destructive.

If you are interested in owning a Bloodhound, we’d recommend looking to see if you could borrow a dog first to see if you are comfortable with the breed and get to know them really well through their owners.

Mike, who owns Sherlock, says he

is the greatest dog in the world. He's protective, friendly, loving, always wanting to play, he's great with kids and people and he even likes cats 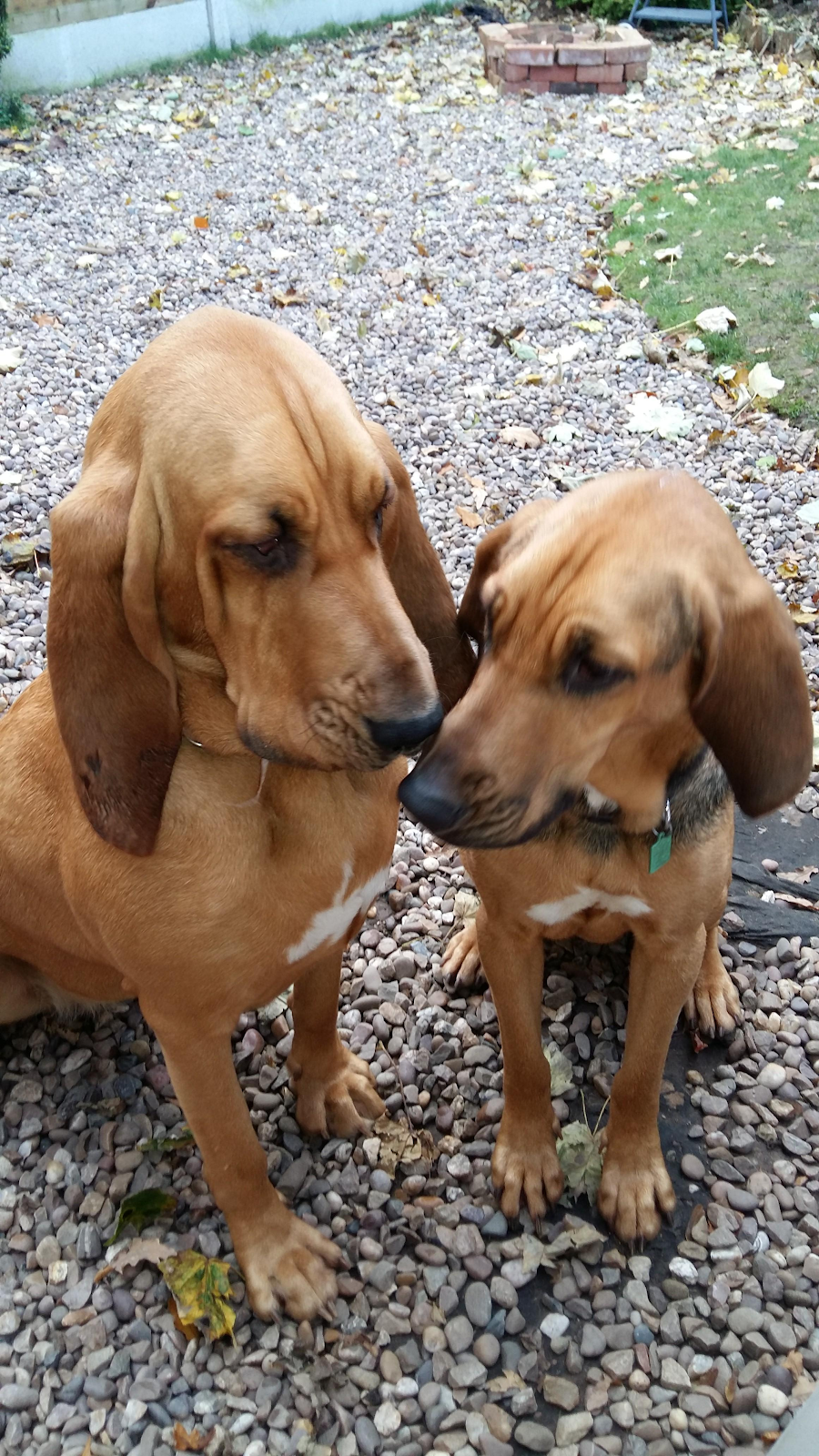 What is a Bloodhound's temperament?

Bloodhounds are known to be very affectionate and rarely ever show sign of aggression. This makes them great family pets as they are such gentle giants and are very good with children.

They are a rather slobbery breed and are known to be loud snorers so if you are considering owning or borrowing a Bloodhound, this is something to consider.

loves long walks and playing with other dogs but he can only do this in a safe dog park as he is scent driven.

"Hugo loves to have his ears rubbed, but will try to sit on your lap if he thinks he can get away with it"

Are Bloodhounds easy to train?

Bloodhounds are highly intelligent dogs, although are independent and sensitive dogs which can make training difficult. They are not advised for first-time owners or people unfamiliar with the breed. Their recall is not always the best, once they catch a scent they can be off!

Sharon’s Bloodhounds, Maya and LouLou, are a great example of this:

Maya & Loulou are large breed dogs who love to sniff around but being scent hounds their recall is rarely effective!! They are very keen to follow a scent hence kept on a lead at all times unless they can run free, safely, in an enclosed area where they can’t get out.

High paws to our lovely community for letting us share these facts about their Bloodhounds. Paws crossed you found them helpful :)