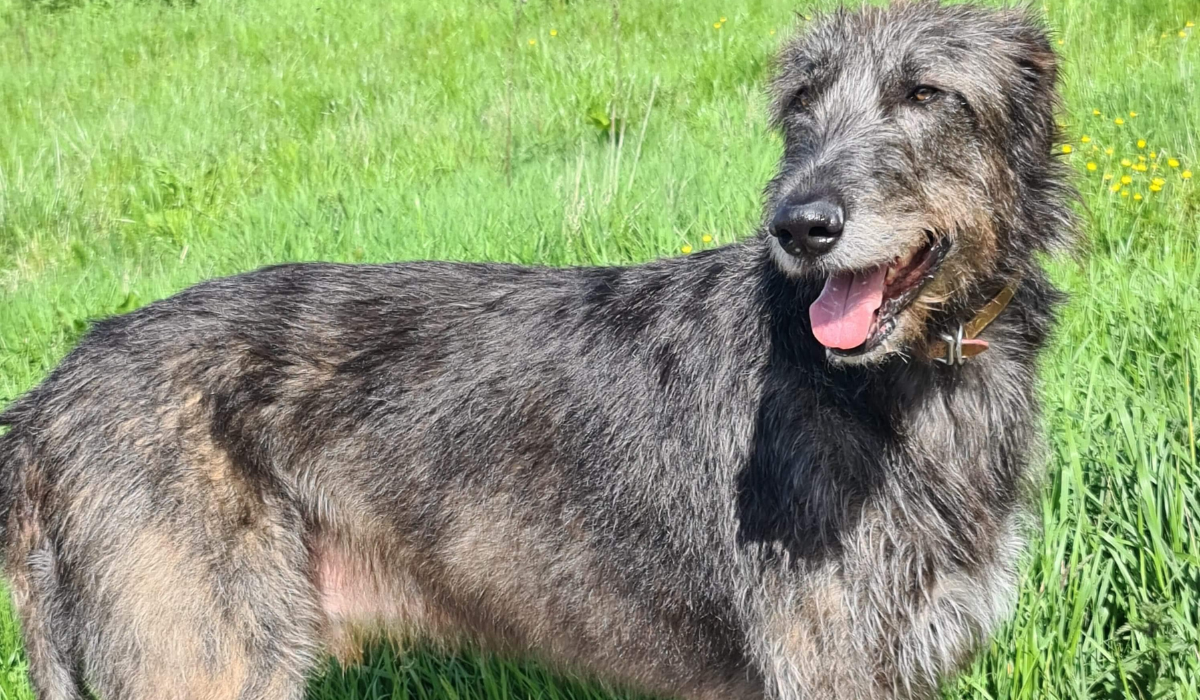 Irish Wolfhounds are believed to be the tallest breed of the hound group. Despite their size, they are known to be gentle giants with their calm nature. If you are thinking of borrowing one or getting an Irish Wolfhound puppy of your own, we’ve gathered some fun and interesting facts you should know about the breed. 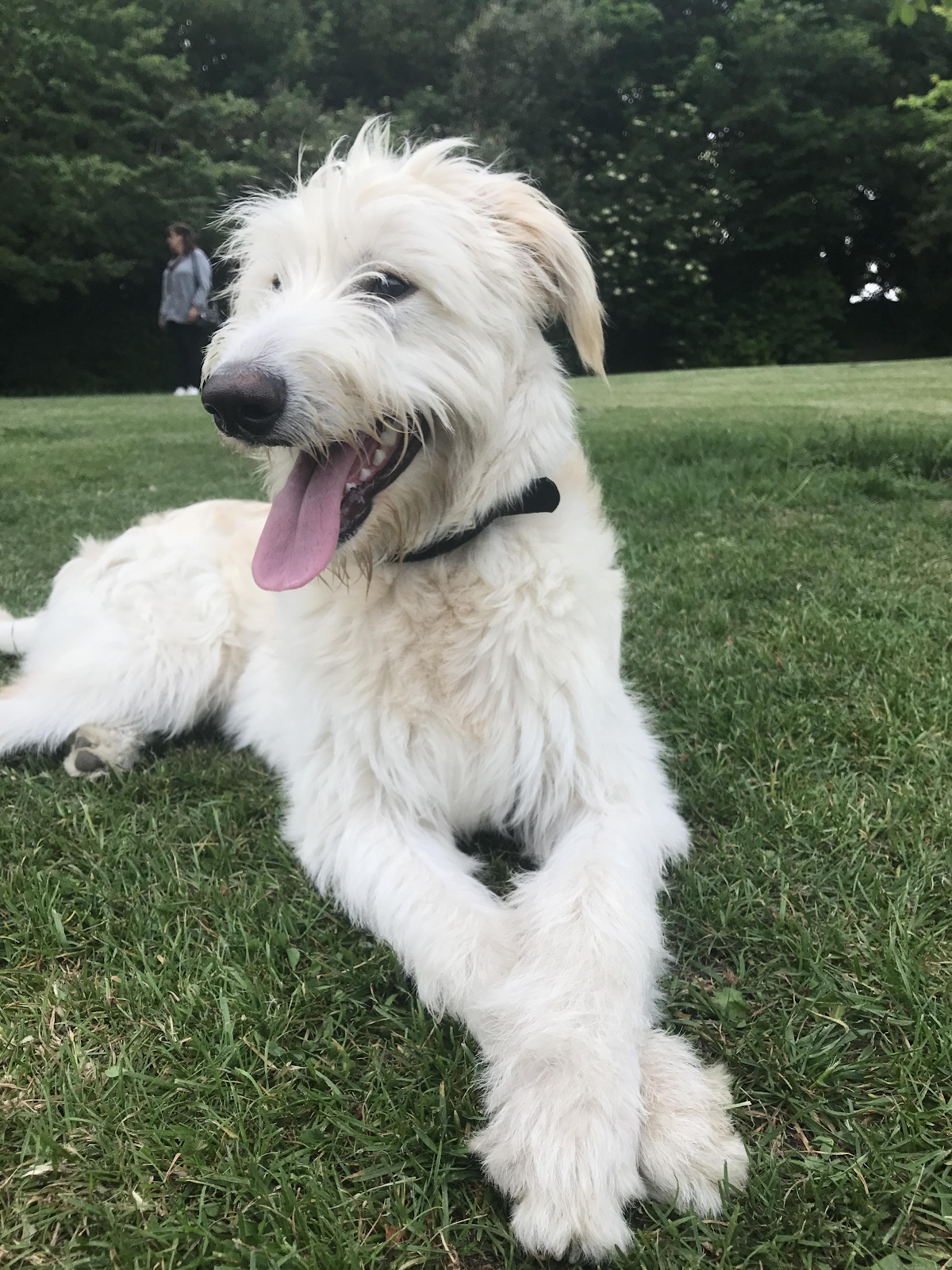 What is an Irish Wolfhound?

The Irish Wolfhound is a very large dog breed and believed to be one of the most ancient breeds, having been around since 7000 BC. During the war, they were used to pull men off horses. They were also used to protect herds and property. Irish Wolfhounds usually reach around 71 - 90 cm tall and weigh between 40 - 69kg. It’s no surprise they made our Top 5 Biggest Dog Breeds! Due to their height, they are prone to several health conditions and only live up to 8 years.

Some thoughts on Irish Wolfhounds from owners in the BorrowMyDoggy community...

“a very large juvenile delinquent. He loves attention, but is also happy to sleep for twenty hours. He enjoys racing around around the garden in a figure of eight and squeezing his eight and a half stone frame into a two foot gap between me and my husband on the sofa. He's very affectionate and sociable, but can be a bit pushy with his affection.”

Hank the Irish Wolfhound is described as:

“A fun loving, very happy and excitable Wolfhound who wants to be with you all the time. Loves other dogs but scared of any that growl. He just wants to play and loves all sizes of dog. He's very big but is such a softie. Everybody loves Hank!" 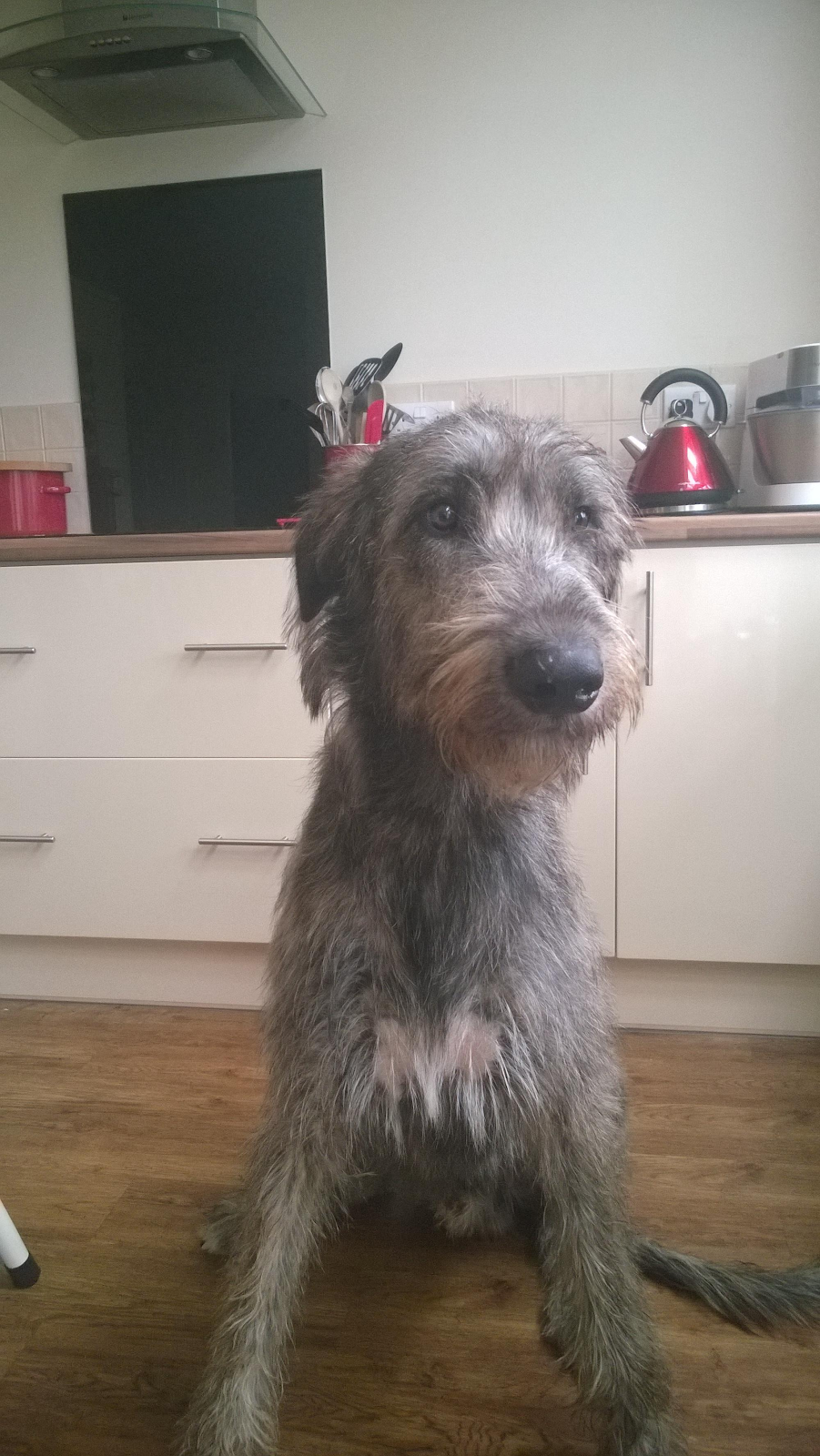 Arthur, an Irish Wolfhound from Watford

How much exercise does an Irish Wolfhound need?

Irish Wolfhounds are known to be very laid back and won't be doing anything in a hurry. They are not a high energy dog but, despite this, they still need a minimum of 2 hours' daily exercise to keep them strong and healthy.

Like all puppies, Irish Wolfhounds should be exercised carefully, with duration and intensity of exercise being built up slowly to allow their joints to develop properly. If over-exercised too young, they can develop serious issues with their joints and bones.

Hayley, who owns Bear, says he:

loves a good run, if he finds another fast dog he'll usually wear himself out trying to get them to chase him! He's a very very friendly young boy, doesn't beg for food great with kids and other dogs. 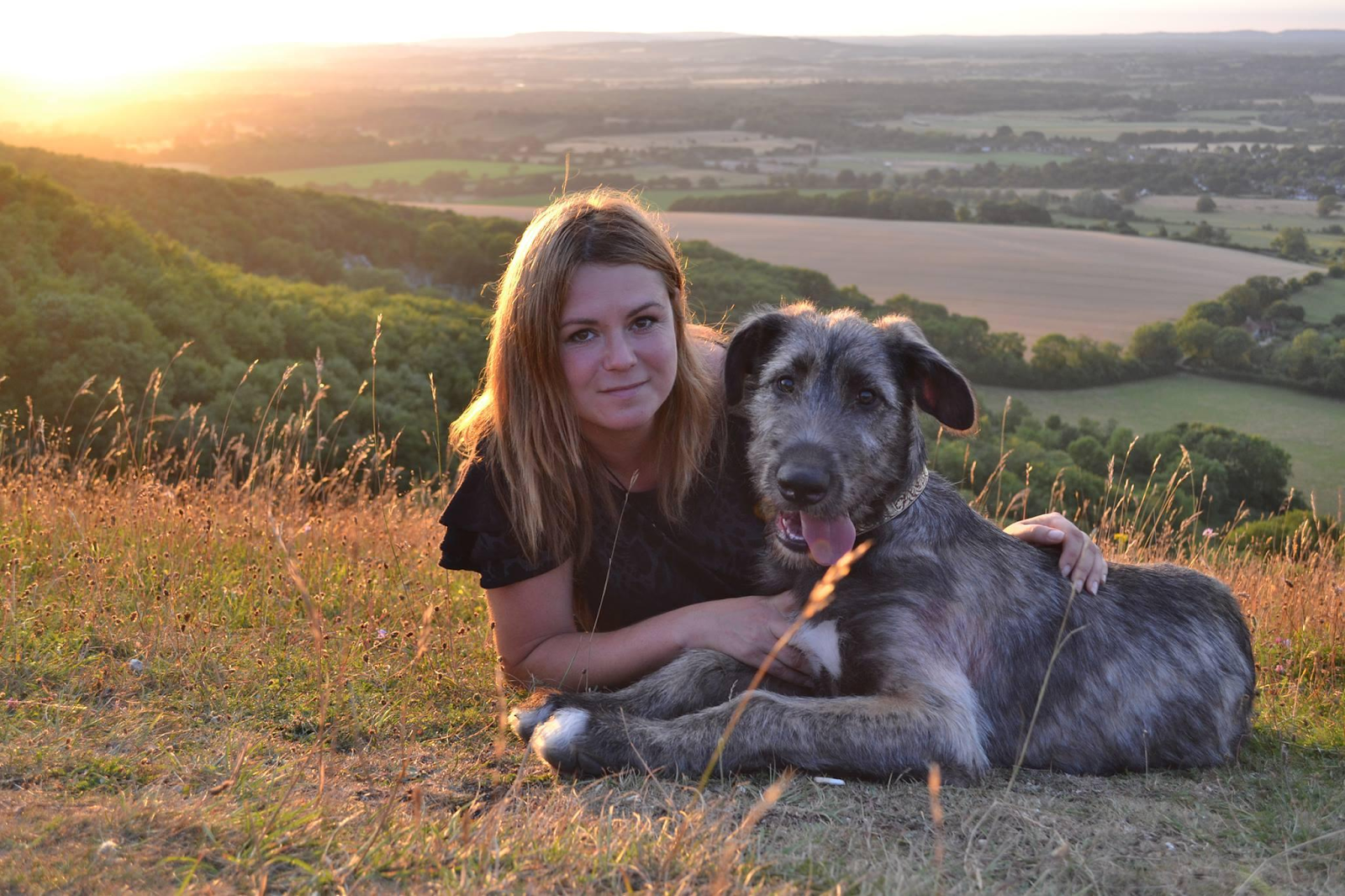 Here's doggy member Nimrod, thinking about the walk down hill!

What is the Irish Wolfhound's temperament?

Irish Wolfhounds are gentle giants, they are friendly and known to be very good with children. They aren’t advised for first time owners because they are such a large hound. They need proper training from a young age so are more suited to people with experience with large dogs.

Owner member, Margaret, says her Irish Wolfhound, Bengy, is a “VERY laid back dog who loves nothing more than laying around”. 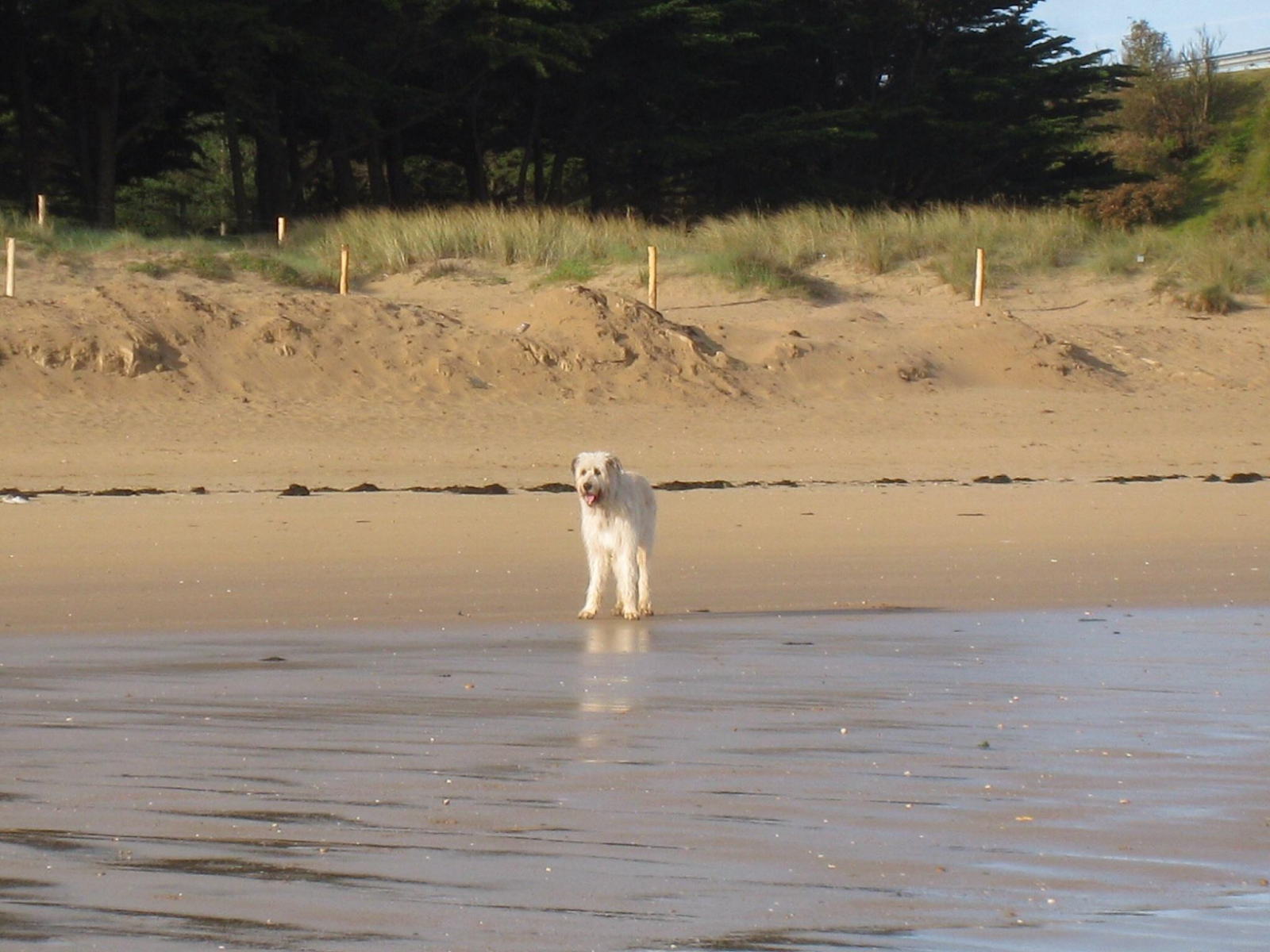 Finnegan enjoying a walk at the seaside!

Are Irish Wolfhounds easy to train?

They are a highly intelligent breed so can be well trained, although do require an experienced owner who has the patience and understanding to handle them correctly.

Irish Wolfhound puppies are usually fairly well-behaved and very quiet so that does make it slightly easier!

High paws to our lovely community for letting us share these facts about their Irish Wolfhounds. Paws crossed you found them helpful :) 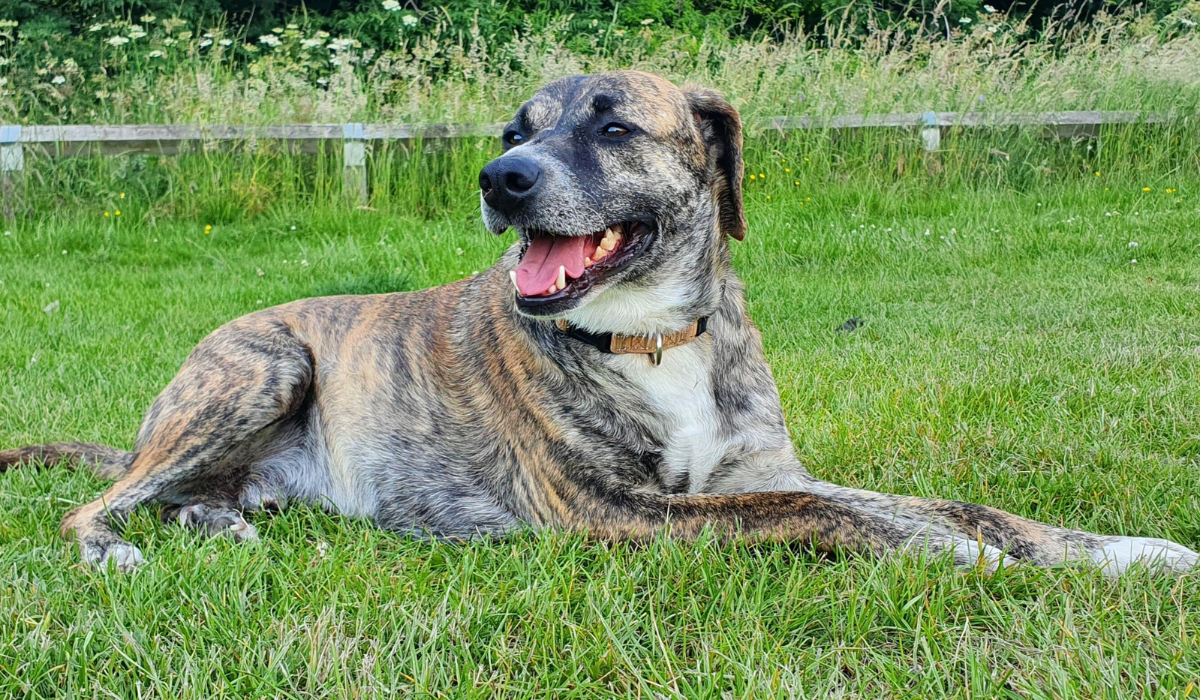 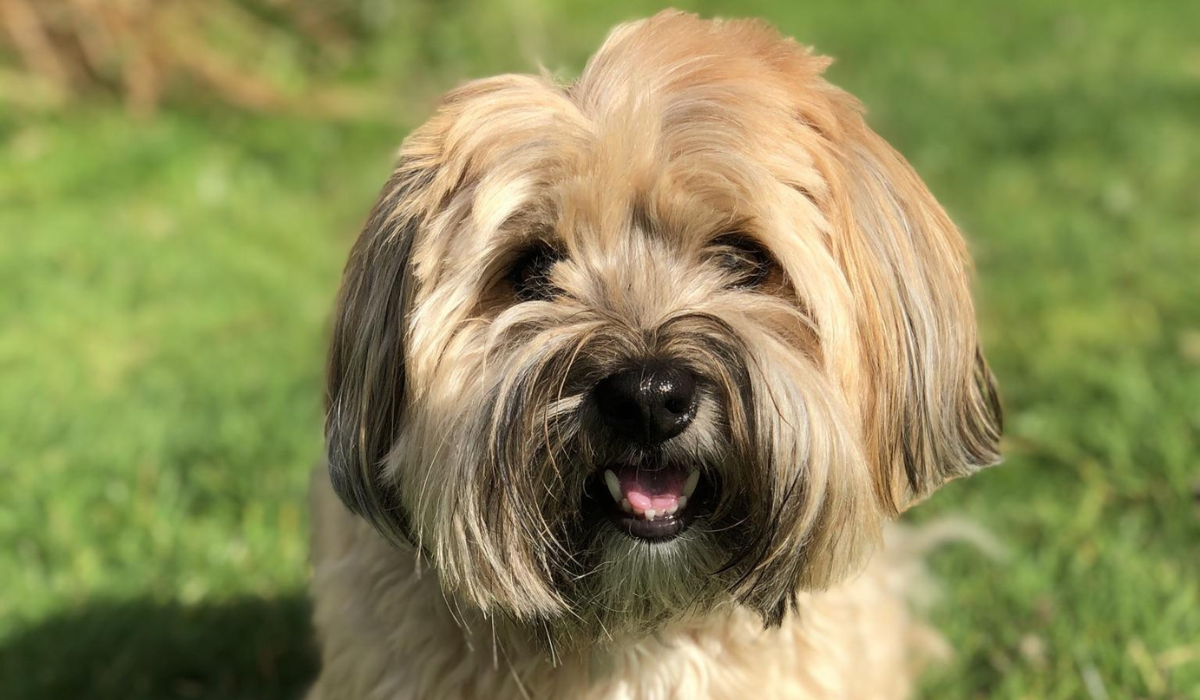 Learn facts about the havanese dog breed from the BorrowMyDoggy community in our havanese guide!Read more 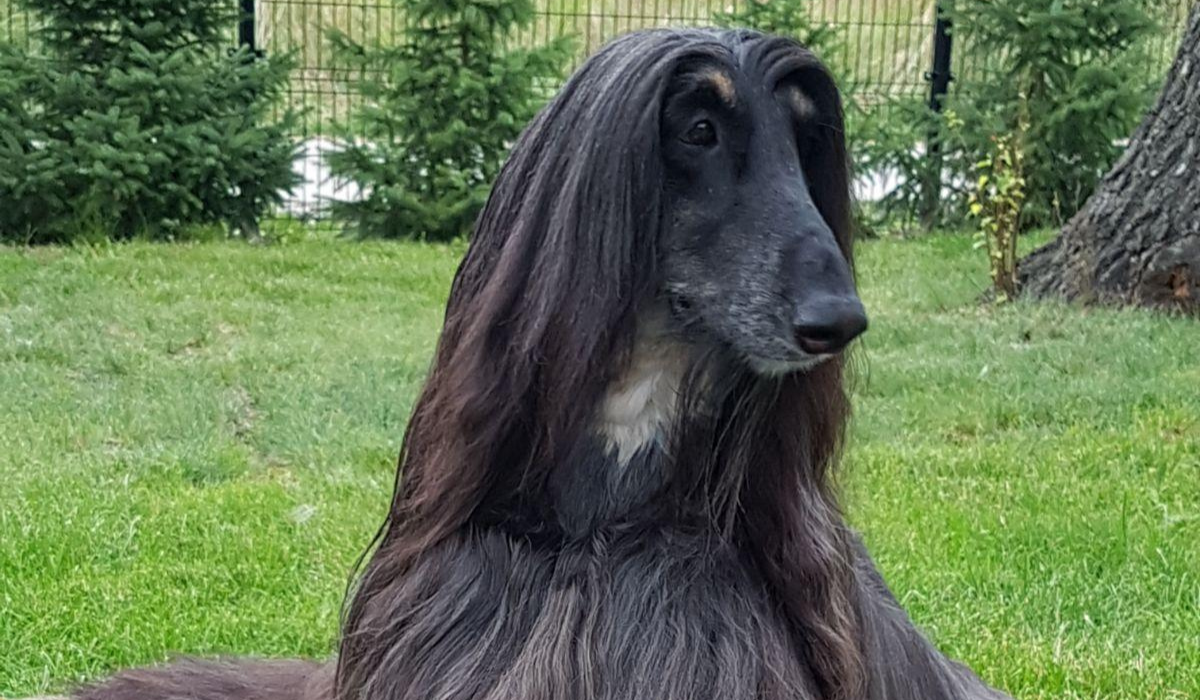 Learn facts about afghan hounds from the BorrowMyDoggy community in our afghan hound guide!Read more 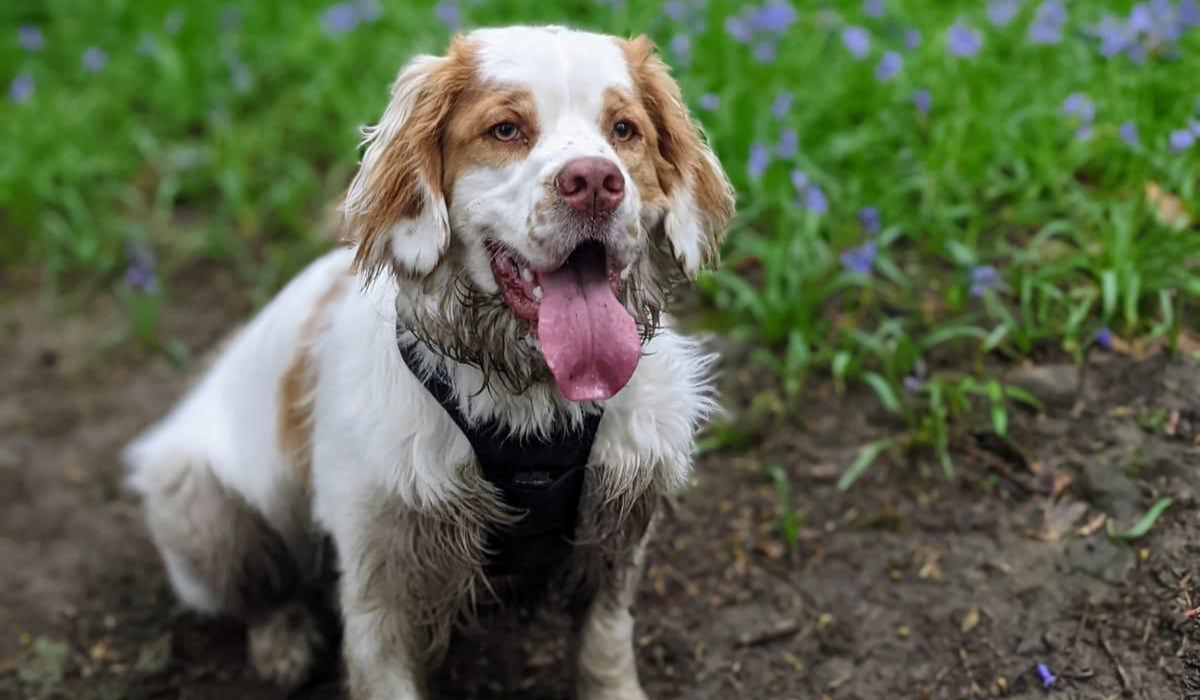