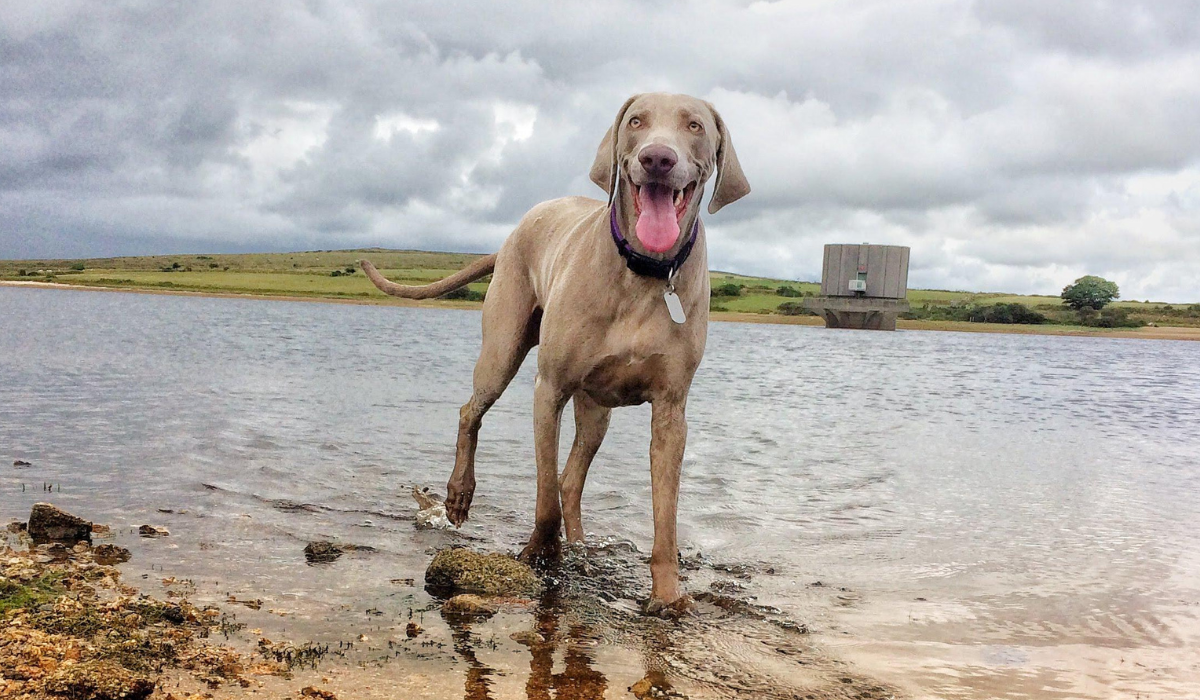 The Weimaraner: a German dog breed recognisable by its distinctive grey colouring and athletic stature. Weimaraners aren’t the most common or easy dogs but, if you’re lucky enough to own or borrow one, you’ll agree they’re beautiful and lovable dogs. Regardless of whether you’re an owner or a borrower, if you want to learn all about the Weimaraner breed, read on. 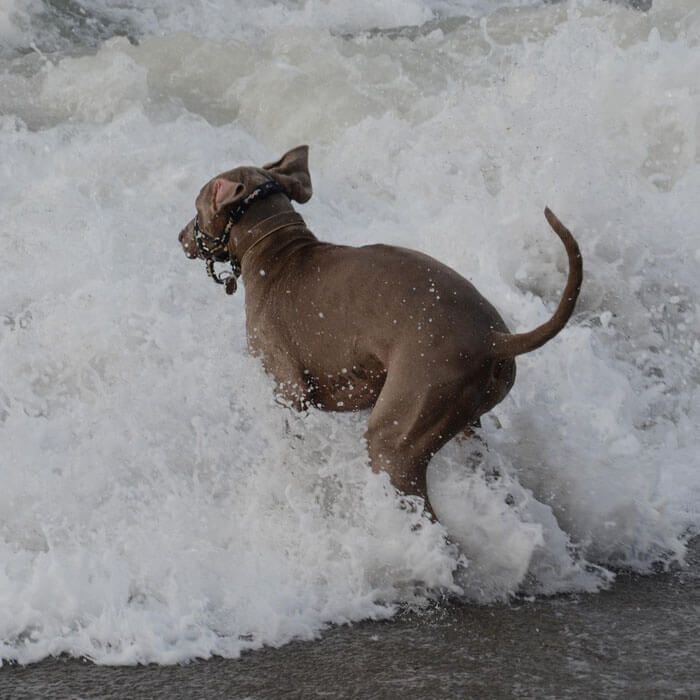 What is a Weimaraner dog?

Weimaraners were originally bred for hunting large animals, such as wild boar and deer. They are very energetic, athletic dogs with great stamina across land and (usually) in water. Weimaraners generally stand at around 2 foot at the shoulder and weigh between 25 - 40 kg depending on size and gender. Weimaraner life span is usually over 10 years, according to the UK Kennel Club.

The breed was selectively developed by the German Court of Weimar in an attempt to create a beautiful hunting dog (= success!). The exact heritage of the Weimaraner is unknown but links have been made to Bloodhounds and Pointers, amongst other large hunting dogs. The lack of information on the Weimaraner’s heritage could be attributed to the exclusivity of its ownership to the noble classes until after the second World War. Some sources state that if a Weimaraner was sold to a non-member, it would be secretly sterilised before the sale took place! Once the Weimaraner escaped the confines of the noble classes, it became very pupular in the UK and USA for its numerous pawsitive qualities. 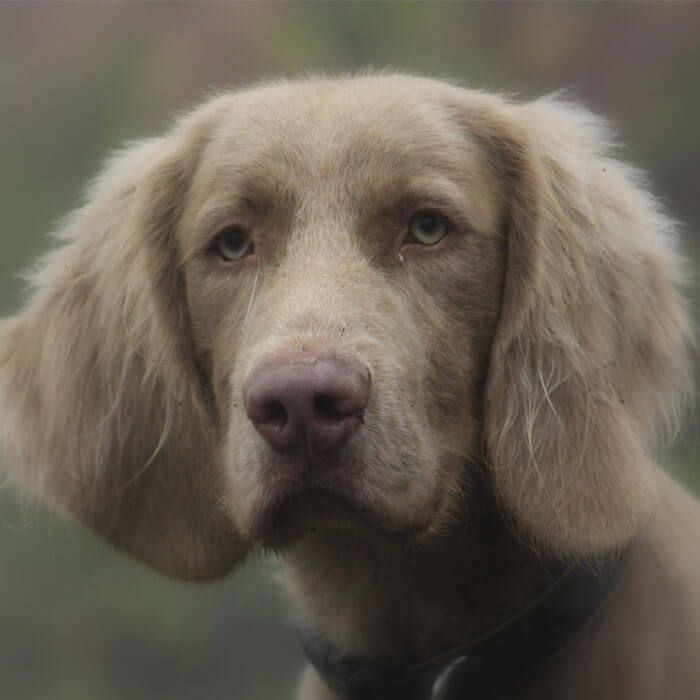 Ed, Owner of Hendrix, gives a word of warning about those gorgeous puppy eyes:

“He's awesome but is huge and full of energy so be warned! Despite his good looks there are some brains in there and with the right attitude and attention he can be quite the pooch, especially with a fistful of carrot or blueberries!”

How much exercise does a Weimaraner need?

Weimaraners need a lot of exercise and attention. The UK Kennel Club recommend more than two hours of exercise per day. Weimaraners are renowned for being very attached to people and so are best placed in an active home where they are not left alone or have had lots of “alone” training. As such, home dog care services (that some borrowers can help with) may be a better choice than traditional kennels for dogs or doggy day care for Weimaraners.

The Weimaraner’s excellent stamina means they have the potential to make a good dog to run with - just be wary of their strong prey drive which may lead them astray if off the lead. If you have the time and energy, Weimaraners are pawesome pals.

“Marsha is a loving people dog but feel[s] anxious and nervous a lot when not [getting] enough exercise. She loves hiking with her mum and feels happy outdoors....Marsha would love to join you for a jog and keep you company in every track together!”

What is the temperament of a Weimaraner?

Weimaraners are intelligent, energetic and are sometimes described as goofy or boisterous.

They tend to develop a strong attachment to humans and enjoy family life which makes them a pupular family pet. People enjoy their company because of this strong attachment. However, Weimaraners do get a bad reputation for separation anxiety too. Separation anxiety can sometimes be avoided by training from a young age to get the dog used to being left alone and their human coming and going. Such training should be built up very gradually, as a dog might become destructive if it gets to the point of feeling anxious. Plenty of exercise before any “alone training” should also help a Weimaraner relax. 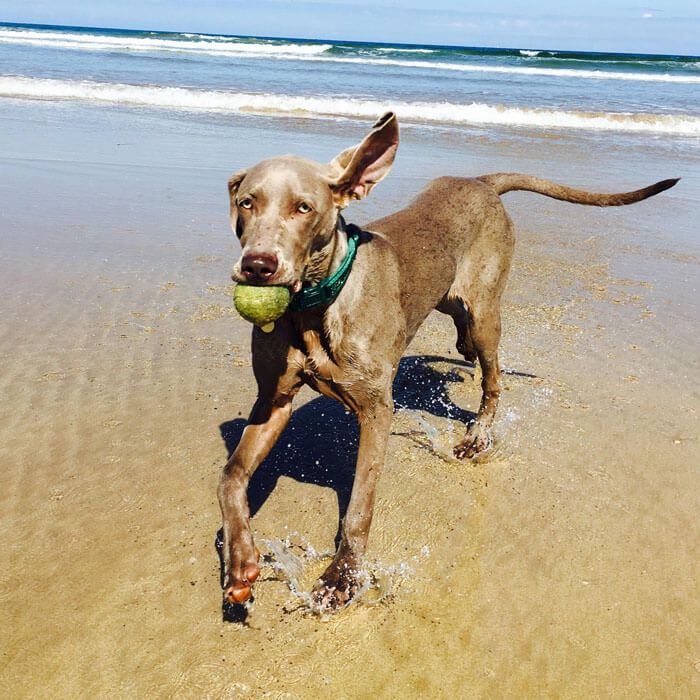 Doggy member, Florence, enjoying a game of fetch at the beach

Weimaraners reportedly “give chase” to small animals and so great care should be taken around cats and smaller animals. Socialising Weimaraner puppies from the day they come home to adulthood should help with any issues with dominance or aggression towards other animals, which could otherwise develop.

Owner member Becky describes her Weimaraner, Jago, as a very friendly pup with a love of long walks and all kinds of food:

“Jago loves long walks on the beach or in the countryside and is a very fit and healthy dog. He is extremely friendly and loves both dogs and humans. He lives in a family with three children aged 5, 8 and 11 who he loves to play with. He also loves food! Any food. Even food he's not supposed to eat - just don't leave the cake out.” 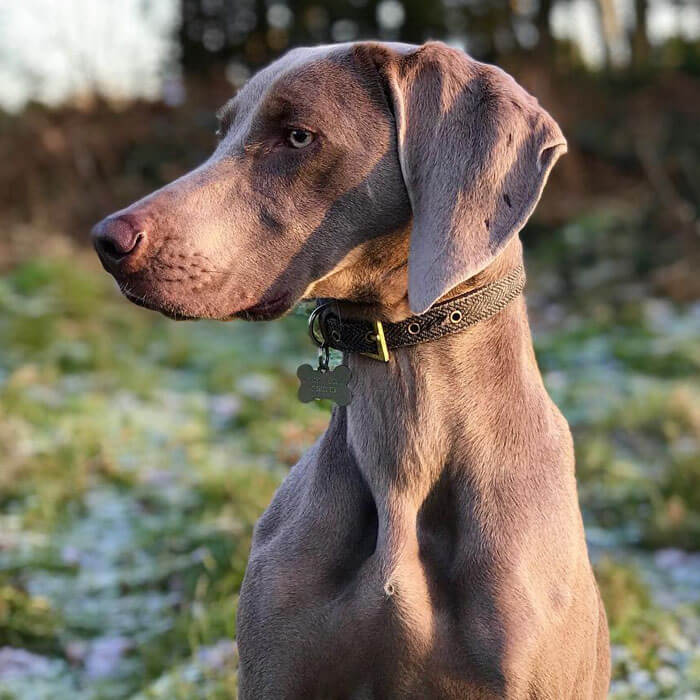 As Weimaraners were bred to hunt with their owner, they have the capacity to follow orders well. However, Weimaraners are not usually described as easy to train, probably due to their size and willingness to chase things.

Obedience classes and puppy training can be very helpful - and there are also lots of videos and resources online (including in our dog training tips articles). Beyond classes, keeping a Weimaraner listening to your orders in the midst of distractions will take some training. This will mean practicing commands in a busy park or footpath to ensure your borrowed or owned Weimaraner is engaging with you more than he’s engaging with his environment. 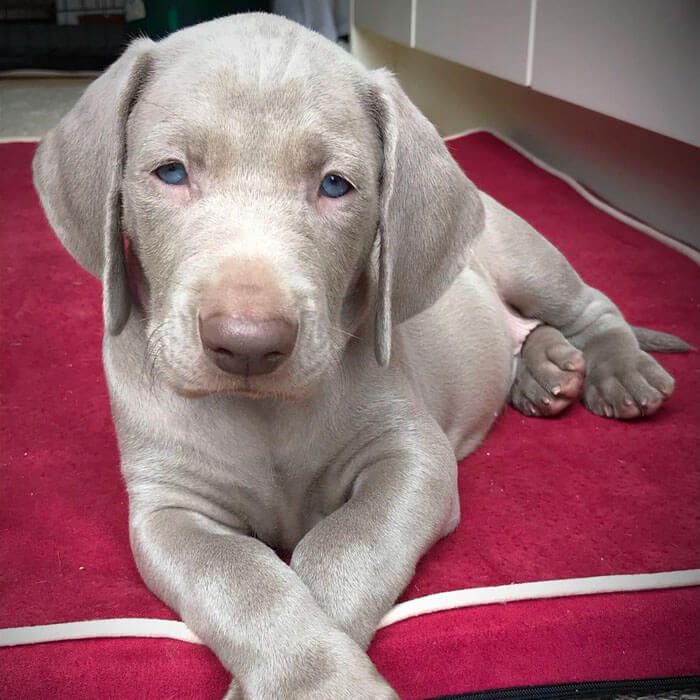 A top tip is to practice with a long lead and lots of pawsitive reinforcement. As Weimaraners were bred to hunt birds as well as other animals, you may also want to throw toys or treats into the air and train your Weimaraner to wait until you ask them to retrieve them. They should enjoy all the engagement and pawsitivity which will lead to a happier and more obedient pooch.

It sounds like doggy member Monty, owned by Debbie, has very good manners:

“Monty loves human company and he loves other dogs, he doesn't have a bad bone in his body and is very friendly to everyone, he doesn't understand why all humans don't want to meet him....He loves being off the lead best and comes back when called.”

If you need help teaching your Weimaraner to come when called, check out this Hound Hack:

High paws to our lovely community for letting us share these facts about their Weimaraners. Paws crossed you found them helpful :)