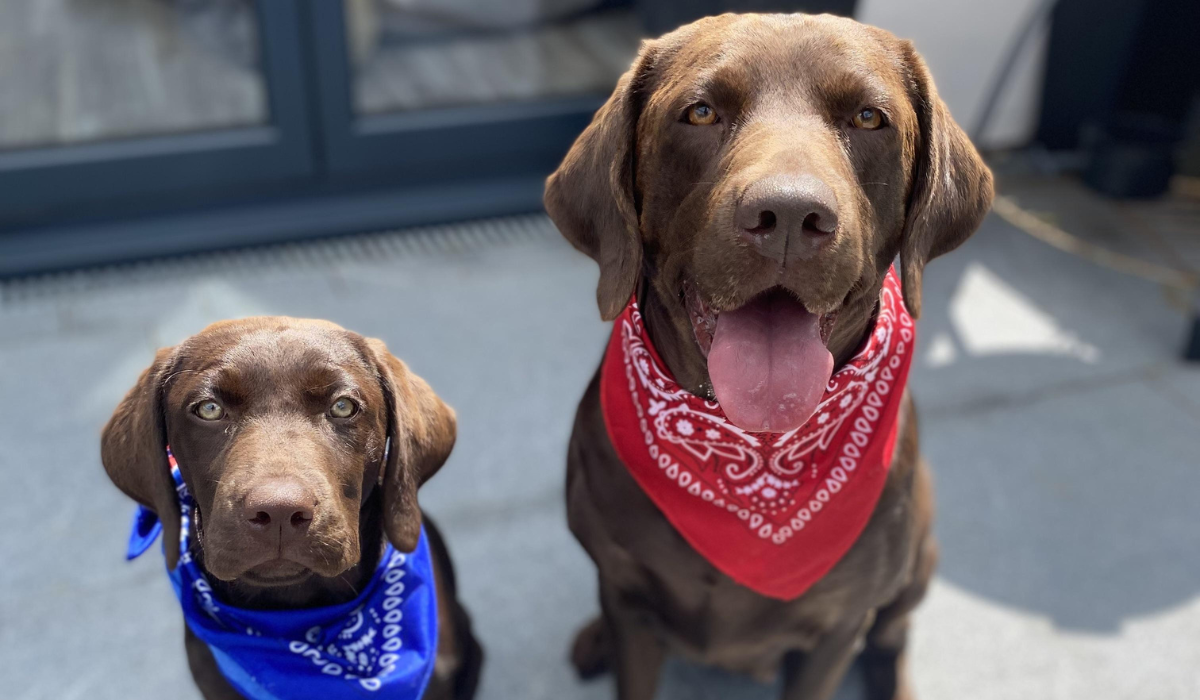 The most popular, or should we say pup-ular, breed on BorrowMyDoggy is the Labrador. Whether you’re thinking of borrowing one or getting your own, we’ve pulled together lots of fun and interesting facts you should know about the breed. 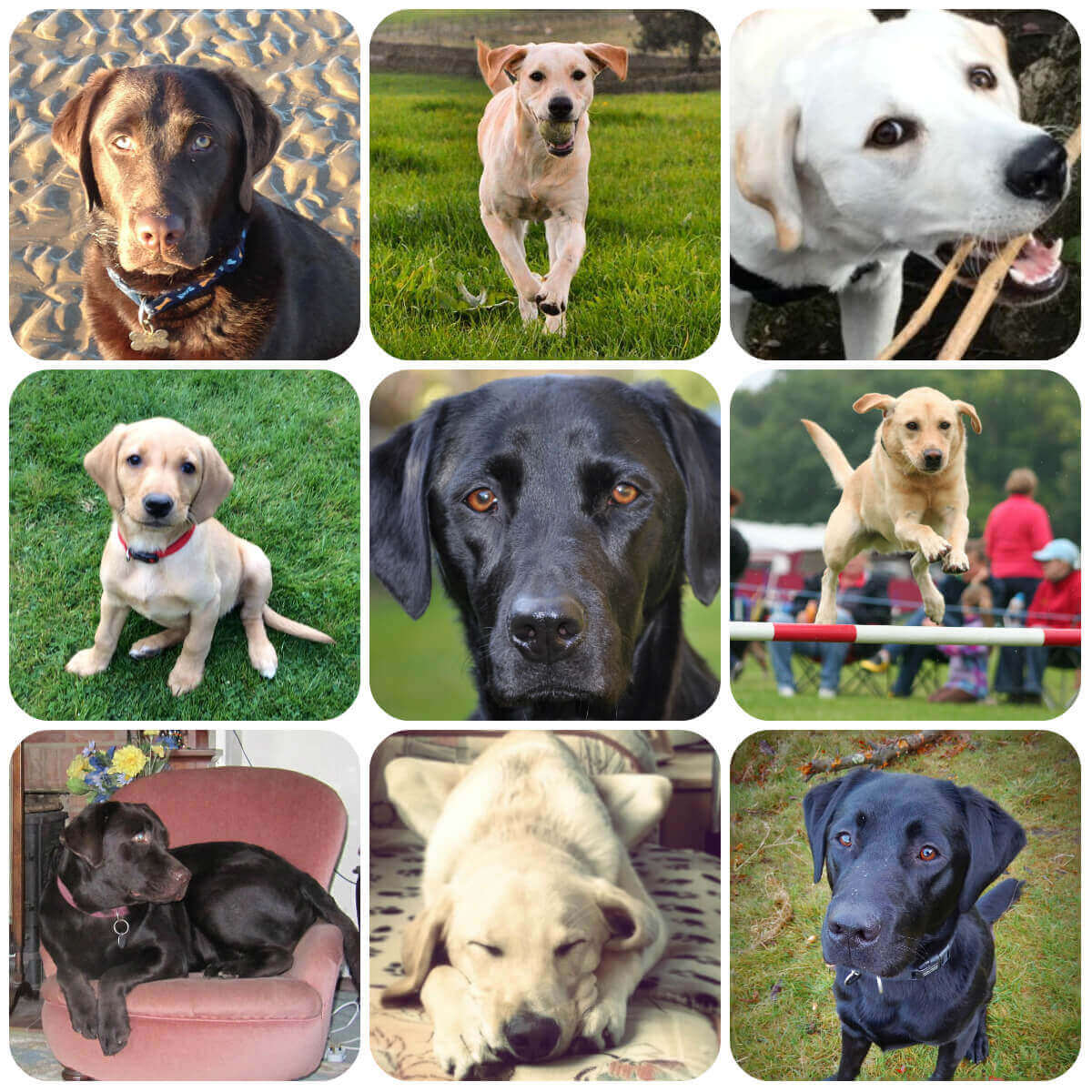 What is a Labrador?

They’re athletic, playful, even-tempered and loyal, which is one of the reasons they’re a favourite assistance dog breed. Labs range from 25-36 kg in size and come in a variety of colours, including black, yellow, chocolate and fox-red. They are a type of retriever, so are sometimes referred to as a 'Labrador Retriever'.

Labradors are by far the most popular dog breed on BorrowMyDoggy, as well as the most common pet dog across the United Kingdom.

The most famous yellow lab is probably a service dog called Endal who has been described as “the most decorated dog in the world”. Endal was service dog to an ex-Navy officer and later an ambassador for animal charities. This special golden labrador celebrated for his intelligence and problem solving - he learnt hundreds of instructions and was the first dog to operate an ATM! The most well known lab puppies have got to be the Andrex puppies - made famous by their love of chasing toilet roll in a ridiculously cute manner.

Interestingly, a Labrador Husky is not a crossbreed of the two but rather its own distinctive breed - the breed looks more like a Husky and is a sled-dog thought to have been introduced to Labrador, Canada in the 1300s.

How much exercise does a Labrador need?

Labradors are a high energy, active breed that crave physical activity. As their name suggests, they typically love retrieving and playing fetch, as well as running and swimming (they’re excellent water dogs!). However, labs also love to eat which has gained them the title of “dog most likely to develop obesity” - another reason to ensure these greedy but lovable dogs get enough exercise. 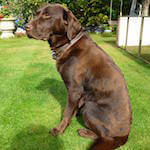 "Tilly gets very excited when she knows she's going outside. Being active is her favourite part of the day. She loves long walks, playing games of fetch and meeting lots of new people." - Mary, Owner of Tilly

What is the temperament of a Labrador?

According to the Labrador Club of Great Britain, Labradors adore children and are famous for their kind and loving nature. They’re also usually fond of other animals - so a good option if you or your borrower have cats and dogs. Here is what some of our members had to say about their Labrador pals: 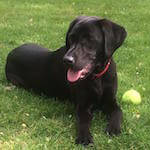 "Elsa is a fantastic family dog. She is calm and obedient, with the fun streak you'd expect from a Labrador, and likes nothing more than to be outside running about." - Mike, Owner of Elsa the Black Labrador

Are Labradors easy to train?

Labradors are usually easy to train and like to repeat any behaviour that ends with a reward, which is why the the breed is typically chosen to be assistance dogs. They are generally quiet, calm dogs but have also been known to enjoy more energetic activities such as dog agility. They can excel in most spheres if there’s the promise of dog food - any food really (so be careful what you leave within reach!).

Camden has been an angel to train. House training her took just a few days. She also loves to learn new tricks!

Tere are a few funny quirks that some of our members’ pooches have:

All Bailey wants to do is play. Long walks on the beach are much appreciated by Bentley where he loves to roll around, explore and chase after seagulls (he never gets them!)

Charlie is very good at demolishing his toys and responding to bribery i.e. doggy treats.

Arthur wishes the cats he lives with liked him as much as he likes them!

Oscar has the charm of a prince, talks with his eyes, and loves to parade and show off.

Most common Labrador names on BorrowMyDoggy:

BorrowMyDoggy member, Ana, joined with her adorable Labrador Oso. Watch their story to see why she says “he’s always been happy, but he’s even happier since joining BorrowMyDoggy.”

High paws to our lovely community for letting us share these facts about their Labradors. Paws crossed you found them helpful :)

Looking for the pawfect Labrador to join you on a walk? Or would you like your Labrador to make a new friend? Why not sign up to BorrowMyDoggy today.