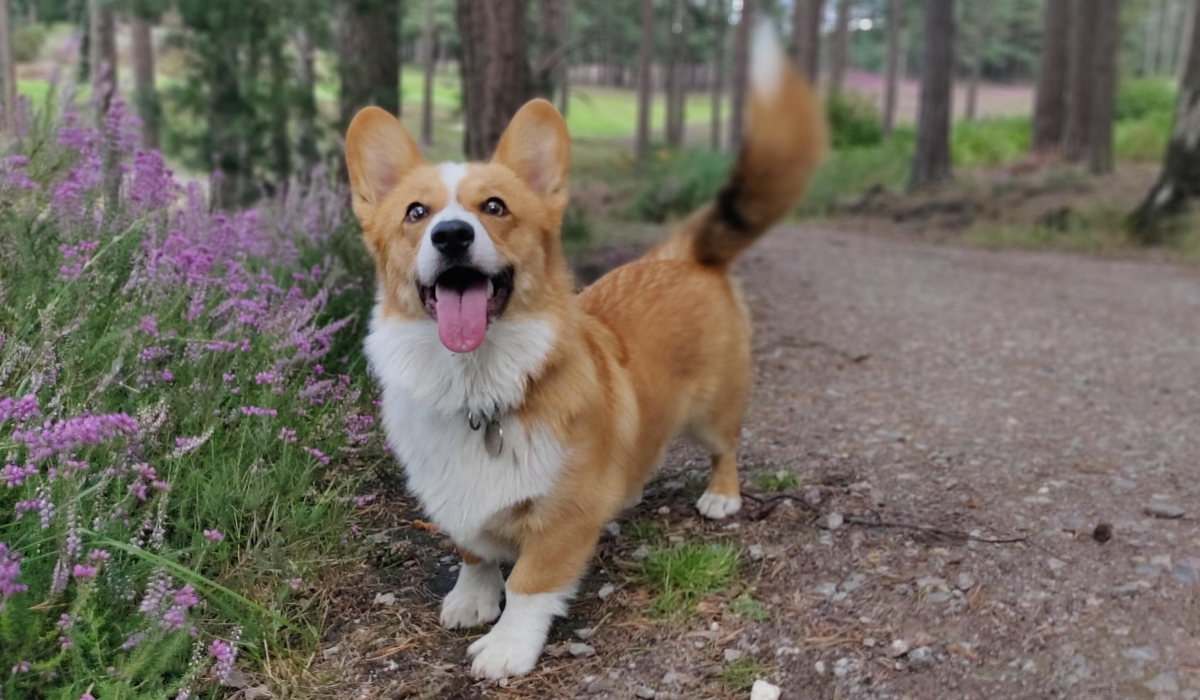 Pup-ular with the Royal family and members of BorrowMyDoggy alike, Corgis are little dogs with big personalities. Whether you’re thinking of borrowing one or getting your own, we’ve pulled together lots of fun and interesting facts you should know about the breed. 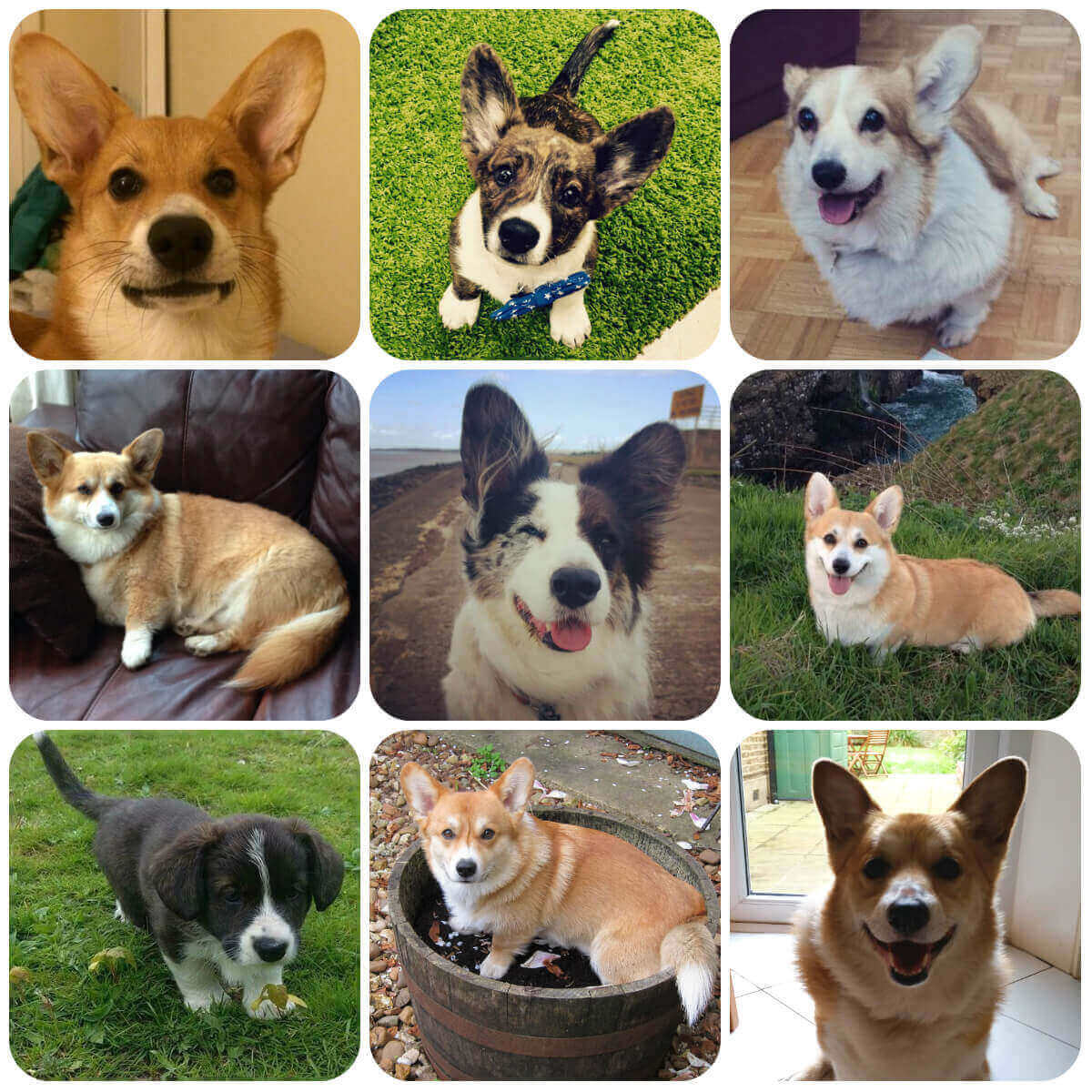 What is a Corgi?

The Corgi is one of the oldest breeds of dog in Britain. There are two types - the Cardigan Welsh Corgi and the Pembroke Welsh Corgi. The Cardigan is slightly larger than the Pembroke, but both share a similar body shape being somewhat short and sturdy.

Corgis are often seen as the Royal dog breed, as the dog of choice of Queen Elizabeth II, who has kept Corgis since 1944. The Queen’s current dogs are actually a Corgi Dachshund mix - sometimes known as a “dorgi”. Corgi crossbreeds have been the focus of many internet memes and dog picture galleries due to their funny long shape - the Corgi Husky mix is particularly interesting!

Despite their high profile owner, Corgis in the UK were recently on the Kennel Club’s “At Watch” list until the start of 2018 due to their declining numbers. Fortunately, Corgis have been taken off the list - their rise in popularity is attributed to their appearance in the popular Netflix series, The Queen.

How much exercise does a Corgi need?

Originally herding dogs bred for farm work, Corgis (of both varieties) have a lot of energy. The Kennel Club describes the Corgi as “a dog that is born busy and stays busy throughout its long life”. It’s important that they get plenty of exercise and mental stimulation so daily exercise of about an hour is a must for these regal pups. 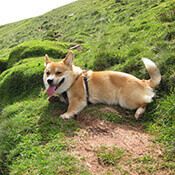 "Ozy is a very sociable, happy boy. He has lots of energy for walks and some play. He loves walks and is good with meeting all kinds of dogs - and will encourage them to play with him! He will chase sticks and balls (but probably won't bring them back unless bribed!)" Jenny, Owner of Ozy

What is the temperament of a Corgi?

Welsh Pembrokes are described by The Kennel Club as outgoing, friendly and never nervous. The Welsh Cardigan is recognised as alert, active and intelligent. Both varieties are great watchdogs thanks to their loyalty, however, this does make them a little barky at times. 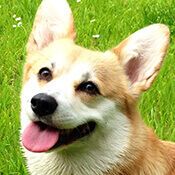 "Nia is just a happy little bundle of fun! She has a very positive outlook on life and is always smiling. Everyone who meets her comments on how happy she always is." Carys, Owner of Nia

Are Corgis easy to train?

Thanks to their intelligence, Corgis can be trained with relative ease and they are quick learners, however, as previously mentioned, Corgis can be quite talkative so extra work will have to be put in to train them not to bark all the time. Dog games and new tricks will help keep Corgis entertained and happy - how about learning to bow to the Queen? Due to their small size, they do not require a lot of food and can gain weight easily. To avoid an overweight dog, don’t always use treats as a reward!

Owner Rebecca on her Corgi, Ben

The Corgi breed is very stubborn and so is he, but he has a heart of gold and so much fun to be with. They say a Corgi is a small dog with a big personality and this is true for Ben.

Owners Carolyn and Adam on their Corgi, Ellie

She is an excellent sous chef, and insists on supervising all meal preparation and dining to make sure no food falls on the ground.

Owner Jane on her Corgi, Phoebe

If she is exercised well, she's fine, but can be a bit of a diva when she has too much energy.

BorrowMyDoggy member, Amanda, joined with her adorable Corgi, Badger. He's the star of our Hound Hacks: How to train your dog to eat more slowly. We think you’ll agree, he’s a pupstar!

High paws to our lovely community for letting us share these facts about their Corgis. Paws crossed you found them helpful :)

Looking for the pawfect Corgi to join you on a walk? Or would you like your Corgi to make a new friend? Why not sign up to BorrowMyDoggy today.