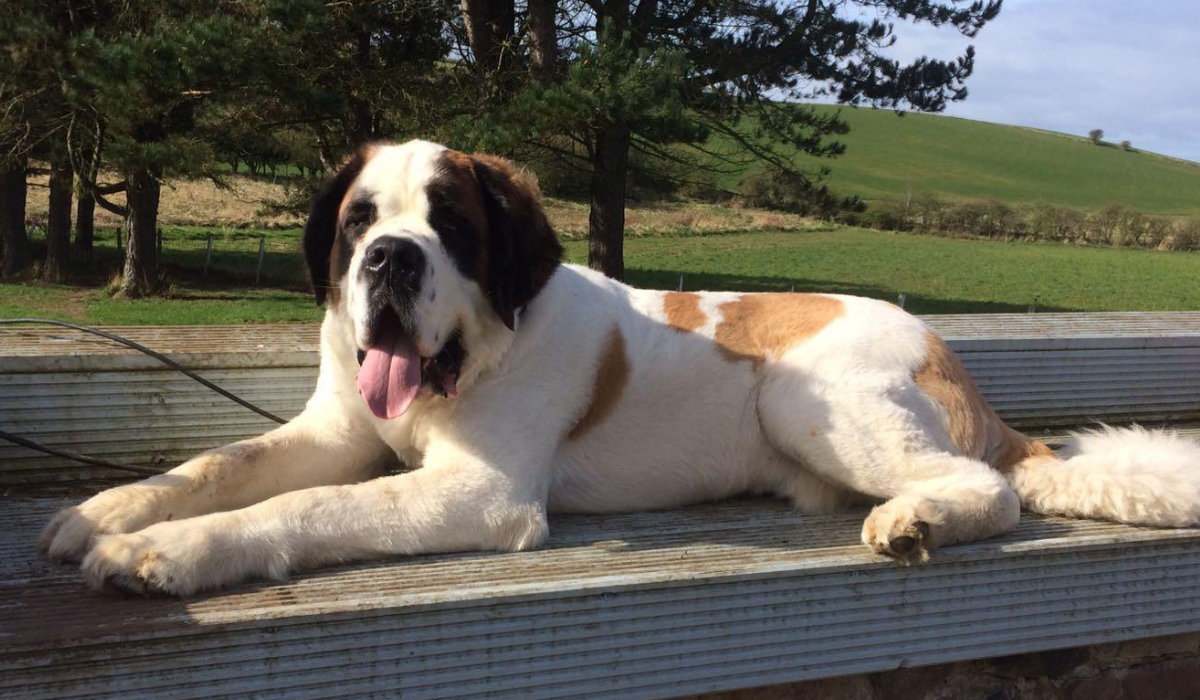 St. Bernards are massive dogs with massive hearts to match. Whether you’re thinking of borrowing one or getting your own, we’ve pulled together lots of fun and interesting facts you should know about the breed. 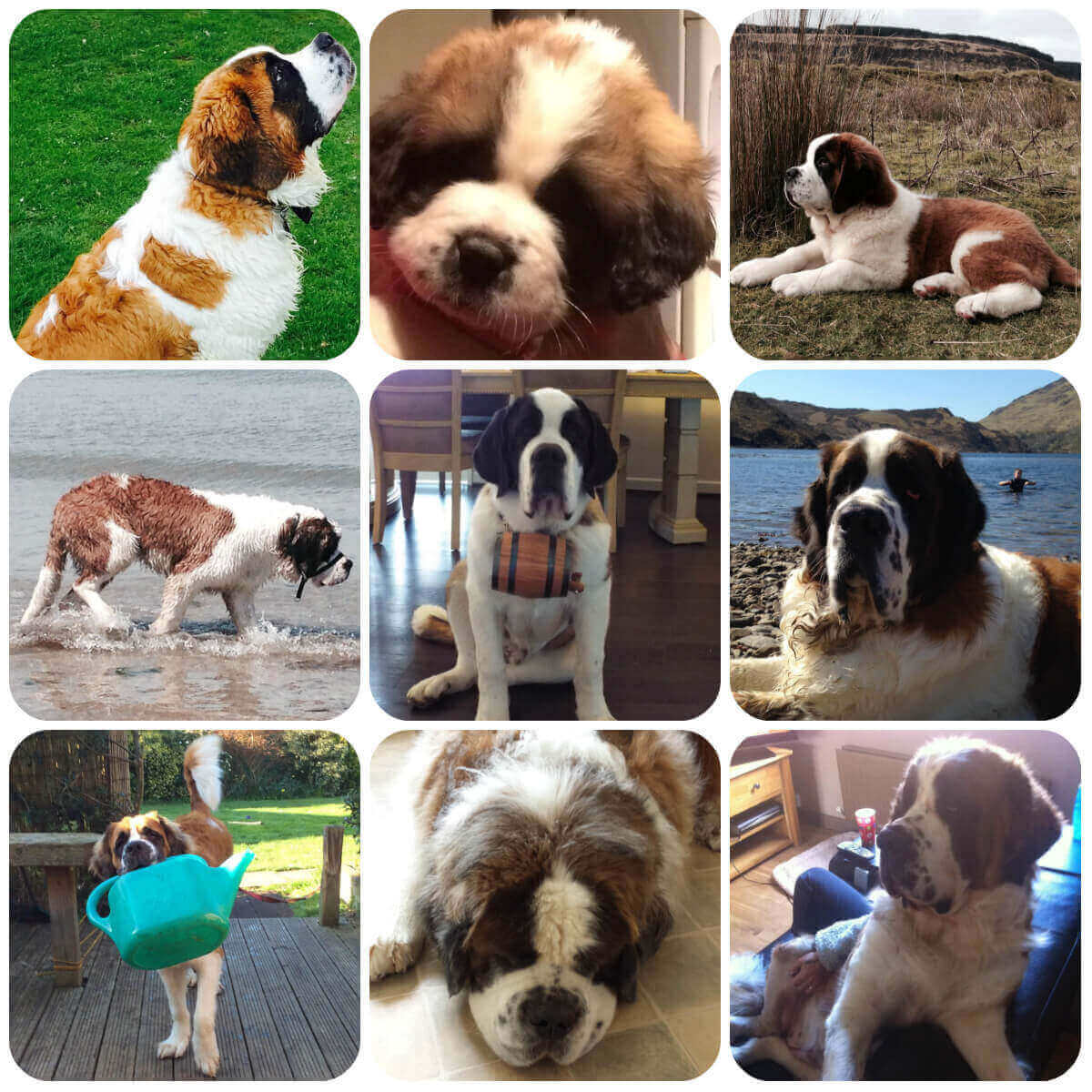 St. Bernards are known for their trademark thick brown and white coat, as well as some playful slobber. These big doggies also rank as one of the top 10 biggest dog breeds in the world (although they didn’t make our top 5). Their enormous size, which can be 65–120 kg (140–260 lb), is part of why they were originally used as search and rescue dogs in the western Alps.

The name comes from a region of the Alps named after an 11th century monk, Bernard of Menthon, who established two traveller hospices in the area. The monks from these two hospices wrote the earliest accounts of St. Bernard dogs, although the modern breed looks quite different due to later crossbreeding. These working dogs allegedly learnt from each other and had no formal training - how heroic!

You may have seen pictures of St. Bernard rescue dogs at work with a barrel around their necks. Legend has it that the trademark barrel was full of brandy to provide a warming drink to the avalanche victims they were rescuing. The truth of this tradition has been denied by the hospice monks and has instead been attributed to an 1820 painting which depicted a large dog with a barrel around its neck. Regardless of the origin, the St. Bernard monks reportedly kept barrels on hand for when tourists requested photos, keeping the legend alive and well!

The official breed standard was developed in Switzerland and the St. Bernard is the Swiss national dog.

If you were looking for the Beethoven dog - this is it. For our younger readers, Beethoven is a 1992 comedy film featuring a friendly but chaotic St. Bernard who helps solve his adoptive family’s problems. The film eventually became a series for which hundreds of St. Bernard puppies were cast!

As a giant dog breed with a quick growth rate, St Bernard’s can suffer from bone problems and so only a relatively small amount of exercise is recommended - up to an hour a day for adult dogs. For St. Bernard puppies, exercise should be limited and increased very gradually to avoid future bone issues.

Owners from the BorrowMyDoggy community agree that gentle walks are best for their St. Bernards. 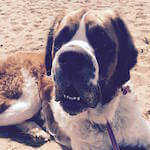 “Gentle walks through the fields and rough and tumble play time are Cassie's ultimate favourite things.” - Kelsey, Owner of Cassie

Patient, sweet, and calm are just some of the lovely characteristics of a St. Bernard. They’re particularly sweet with children and are definitely a cuddly dog breed.

“Willow and Barney are gorgeous gentle giants. Typical of the breed, they love the company of children, to be apart of the family and have cuddles.” Sarah, Owner of Willow and Barney

It’s essential to begin training and socialisation with St. Bernards when they’re still a puppy. If not, their large size can be tricky to control. As their ancestors were working dogs, with the right dog trainer, St Bernards should be very trainable. Watch out for the drool if you’re using treats to train!

“Kubah very affectionate and bouncy, but not aware of his strength and size so can get into trouble if not handled carefully.” - Natalie, owner of Kubah

Maria, owner of Woody, says: “Woody loves other dogs but due to his size they don't always love him!!”

Do you want your St. Bernard to be even happier and healthier? Watch our members share how much happier their dogs have become since joining BorrowMyDoggy.

High paws to our lovely community for letting us share these facts about their dogs.

Looking for the pawfect St. Bernard to join you on a walk? Or would you like your St. Bernard to make a new friend? Why not sign up to BorrowMyDoggy today.