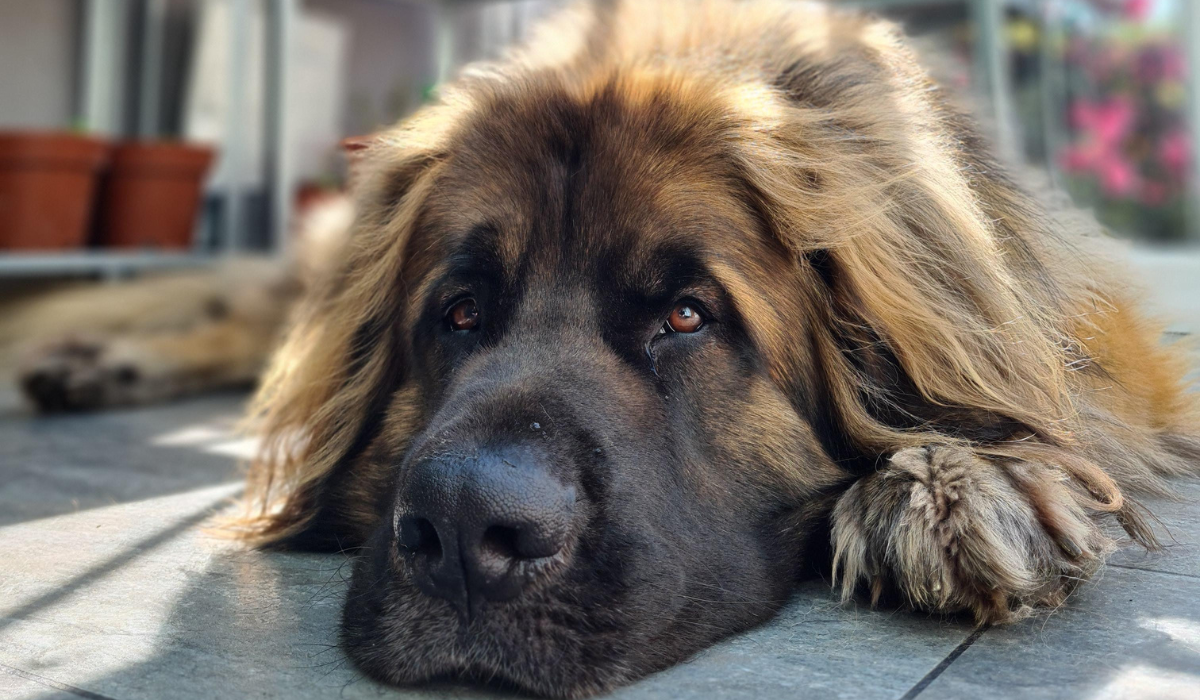 Picture Newfoundland dogs, St Bernard dogs and a Great Pyrenees - mix them together and, pawsome, you’ve got a cuddly Leonberger! These big German dogs are incredibly sweet and adaptable - their many attributes have led to many different doggy jobs. Their size and loyalty led to their use as guard dogs and their swimming skills got them recruited as search and rescue dogs. Moreover, the Leonberger’s size hasn’t stopped them from becoming top family dogs - they’re great with children and new people. 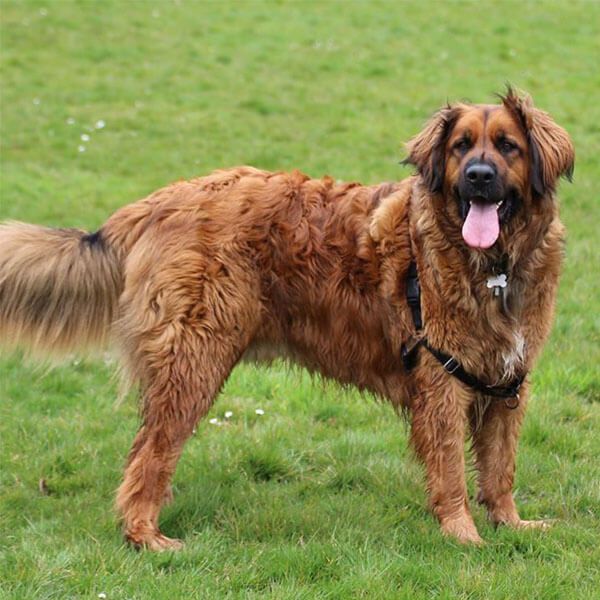 What is a Leonberger dog?

The Leonberger is a giant dog with a thick, durable coat usually in a shade of dark yellow or red with black around the head, nose and ears. Do they shed all that hair? Oh yes! Leonbergers shed their coat fully at least once a year and shed gradually throughout the year - grooming should be part of every Leonberger’s dog care routine.

The Leonberger usually stands at 70 - 75cm at the withers and usually weighs between 50 - 70 kg. Though the Leonberger’s height doesn’t vary much, the range in weight is quite high. This is because female Leonbergers have a much more athletic physique than the more sturdy males. Average Leonberger lifespan is under 10 years. 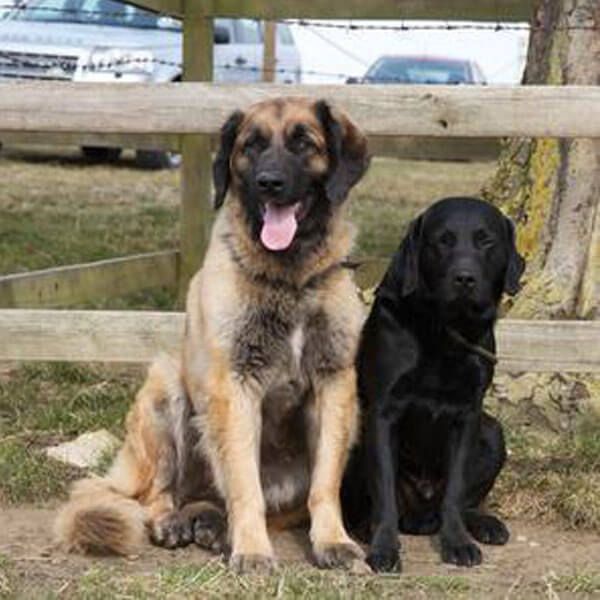 The Leonberger is sometimes referred to as a ‘mountain dog’, probably due to its ancestry rather than its familiarity with summits and cliffs. The town of Leonberg is actually in a valley in Germany.

Popular legend has it that Leonbergers were bred to look like the lion on the Leonberg town crest. A mature male Leonberger should show a distinctive ‘mane’ around its shoulders. For a fun comparison, check out another lion dog breed, the Rhodesian Ridgeback - associated with lions for quite different reasons.

The Leonberger was developed by crossing Newfoundland dogs, St Bernard dogs and the Great Pyrenees - allegedly to create the lion like look, rather than for its prowess in the hills. If you’re looking to learn more about mountain dogs, other breeds include the Estrela Mountain Dog (from Portugal), the Bernese Mountain Dog and the Greater Swiss Mountain Dog (to name but a few). 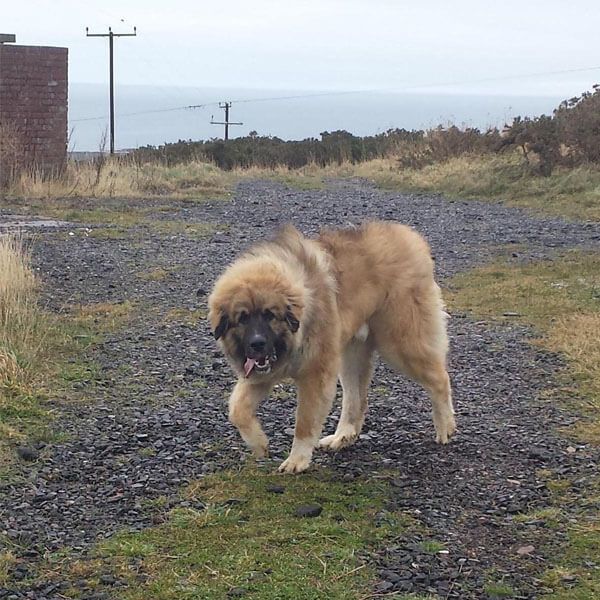 Simba owned by Pamela, chilled out lion or Leonberger?

How much exercise does a Leonberger need?

The UK Kennel Club recommends more than 2 hours of exercise per day. Like people, some dogs will prefer more exercise than others (who will happily sleep for most of the day) but it's good to bear in mind the breed’s typical requirements.

The Leonberger’s general requirement for plenty of activity is perhaps not surprising given the breed’s history. Leonbergers were traditionally a farm dog breed and were often used as guard dogs and, due to their strength, for pulling carts. In World War II, Leonbergers were used to pull carts of ammunition. This job nearly led to the loss of the breed altogether and today’s Leonbergers can be traced to just eight ancestors from that time. 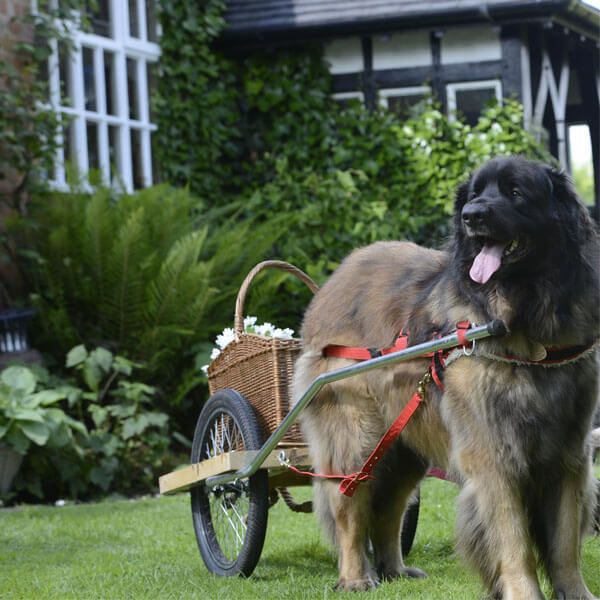 Apollo from Chester, doing what Leonbergers do best - carting

Francoise, Apollo’s owner, has some useful commentary on his hobbies and character:

“Apollo is huge so he needs someone who is bossy with him. If he understands you are in charge, he won't even pull on his lead. He is sociable with other dogs, people and children but his size and clumsiness can be daunting to some....He adores water and mud. He does water rescue and carting in his spare time. He is also a welcome and regular visitor at an old people's respite care home in Chester.”

What is the Leonberger’s temperament?

Leonbergers are known for their calm, steady and fearless temperament. It is obviously important for giant dogs to have an amenable and friendly temperament so their large size doesn’t cause problems in all different human environments. The Leonberger Club of Great Britain recommends temperament assessments to ensure breeders produce Leonberger puppies which continue to exhibit the friendly, calm temperament that has been prominent in the breed. 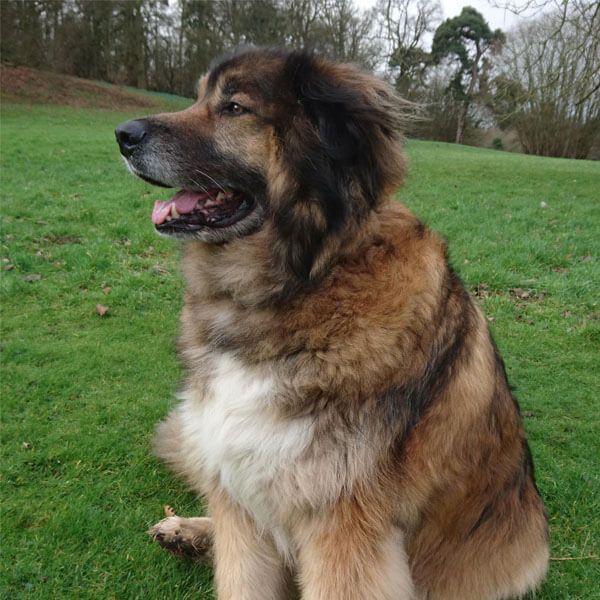 As Leonbergers are naturally friendly and enjoy being companions, they are likely (as with any dog) to find being alone difficult. Finding a local borrower (or a few, to keep the pressure off one person) can be a great way to keep a Leonberger happy and in company when inevitable human-only chores crop up.

Reports from the BorrowMyDoggy community certainly support the idea that this is a lovely dog breed.

Pete and Jenny, owner of Samson (one of the handsome Leonbergers pictured in this article), say:

“Samson is a gentle giant… [he] still thinks he's a puppy and is very affectionate and great with young children letting them crawl all over him if they want. Never growled once at anyone and is especially good with other dogs when in the park.”

As with all dogs, and particularly with giant dogs, socialisation and training should begin at a young age. If trained correctly, Leonbergers will be a safe bet around other pets, children and new doggies and people.

Leonbergers have a naturally good temperament but without solid training and socialisation, their size could transform over excitement or pulling on the lead to a risky situation. So if you’re thinking of getting or borrowing a Leonberger that hasn’t been well trained or socialised, ensure that you get as much information as possible so that the large pup can be kept safe. 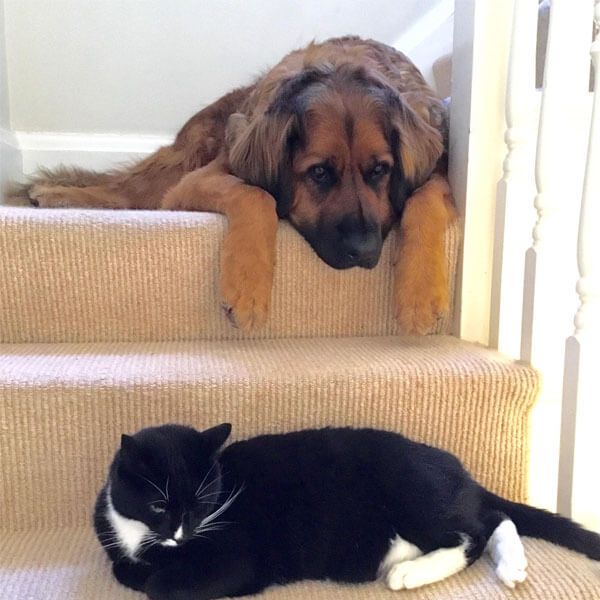 Equally, if you’re getting (or borrowing) a Leonberger puppy, remember that all the cute puppy behaviours - play fighting, nipping, jumping up, snoozing on the sofa, begging - will become potentially dangerous (or just annoying!) behaviours when your Leonberger grows into its full size. This means, although adorable, puppy behaviours shouldn’t be encouraged and clear boundaries should be set. This should ensure a Leonberger grows through its puppy and teenage stages into a sensible adult dog.

Sandra, who took on her dog, Yogi, as a rescue, says:

“Yogi has a fantastic character, but is still young and wasn't trained or socialised until we got him. He behaves like an oversized puppy but he is the most loving, loyal, kind dog you can imagine. He loves all people and dogs and while he does get a little over excited at times, we are working closely with him and can watch him improve on a daily basis. He is young, friendly, loving and lovable and just enjoys being around people.” 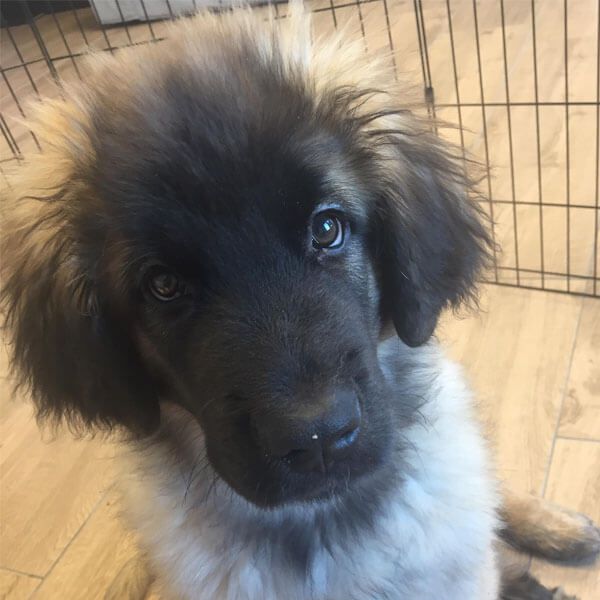 Getting a Leonberger used to different environments will also help them develop into a calm and adaptable gentle giant. For example, taking a Leonberger to obedience training and mimicking the commands in your nearest park and in the home will help a Leonberger learn to listen to you with all different distractions. More tips on training are available in other articles of Doggypedia.

[He’s a] big fan of fuss, great with everyone but as a large dog some people are happier to give him a wide berth. They don't know what they are missing! He is over 70kg but doesn't realise and is very good on a lead.

One more tip - Leonbergers love water and mud! So watch out for mucky pups and make sure you either love water too or have control on the lead when near ponds, rivers, lakes...puddles...🐶 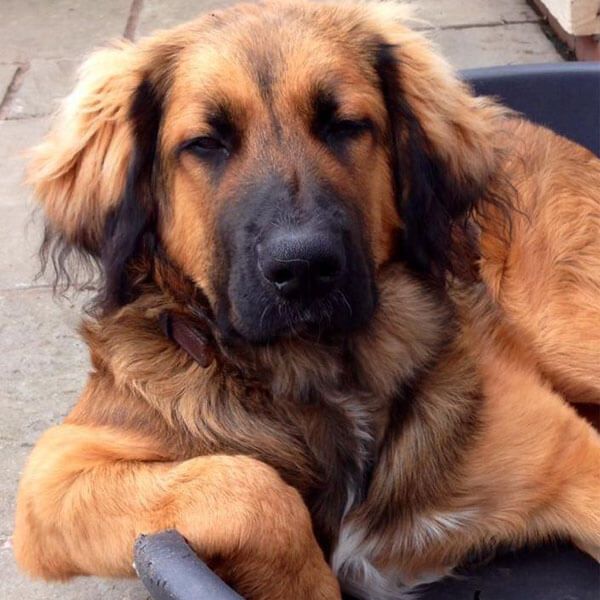 Samson needs a nap after all those fun facts

Thanks to the pawsome and majestic Leonbergers (and owners) from the BorrowMyDoggy community for sharing their wooftastic photos and quotes.

As more owners and borrowers join the community and start messaging, more woofs, walks and waggy tails can be spread to share the love of dogs.

Why not join the BorrowMyDoggy community today.

*Borrowers join BorrowMyDoggy for the love of dogs, not money. There is a fee to the website but that is the only cost for a whole year. Read more here.