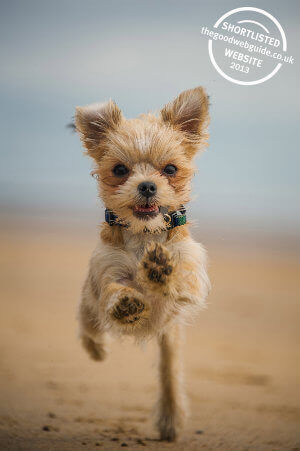 We’re jumping for joy because we’re absowoofly thrilled to announce that we have been shortlisted for ‘The Good Web Guide Website of the Year Award’ as well as the ‘People’s Choice Award’, woofs!

There are 50 other pawsome packs in the running, so we’re up against some ruff competition.

We’re so thankful to be considered, and we’d love for you all to vote for us. It can be done in two shakes of a puppy’s tail, and you will be in with the chance to win a Kindle Paperwhite if you vote, high paws!

The winner is going to be announced at an awards ceremony on Tuesday 19th November and you can read about the competition here. It would be wagnificent if you could vote before then and everyone here at the BorrowMyDoggy kennel is keeping their paws crossed.

Has your pooch got a PitPat? | Exclusive 30% discount for BorrowMyDoggy members!

Get your DOSE with BorrowMyDoggy